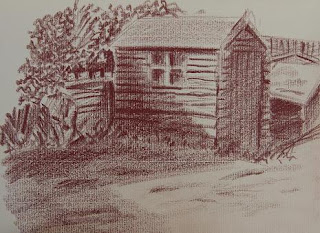 This evening Hubbie was fixing what appears to be a case of flooding under our kitchen floor. It's the latest addition to my list of things that need to be done. Now don't get me wrong the house is not a wreck. I love our home and we bought it because we didn't need to do anything to it when we moved in. The previous owners even left us the curtains, a spare bed, all the kitchen goods and a really nice bike in the shed. Oh and all the gardening equipment in the shed including two mowers. Hubbie loves having a shed to call his own and of course is overjoyed at being the owner of two mowers. Since we moved we've added to the shed a leaf blower and a gas barbecue courtesy of Nectar points (and my generosity in giving all of them to him).

The house is not particularly old, but there are things that are starting to go and that will over time need doing. If I think about them it makes my head hurt, but while we were out having dinner this week instead of looking into each other's eyes over the candle on our table we were discussing what needs to be done. We're romantic like that. 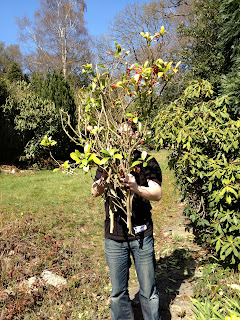 I had planned on spending the wages from my new job on travel, nursery costs and the occasional Ocado shop with any leftovers being used for treats. I suspect that instead of pampering treatments and the occasional hair appointment those treats will now consist of down payments on my John Lewis wish list items and a 'house fund.'

So the transformation is now complete:

I listen to Radio 4, shop at Waitrose and my kitchen wish list is with John Lewis.

Hubbie has a shed, keeps making noises about building another and did I mention he has two mowers ?

Our aspirations aren't to go backpacking or try a new cocktail bar in town.

Yes, It's official.  We are middle aged.