It was a rough afternoon on Walton's mountain 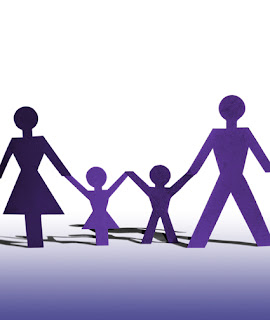 I was Facebook chatting with a friend the other day who has 4 children, half of them young twins. As the oldest of 4 children I used to think it would be nice to have that many. However, there are times when I am so overwhelmed by one toddler that I can't imagine what state I'd be in if I was outnumbered like that. I was commenting on how well my friend seemed to be doing with her brood as she had posted lovely pics of her beautiful babies. This was enough proof for me to surmise that she is coping admirably with the transition from two to four kids, but she tells me it's mostly crowd control.

Now I can definitely identify with this sense of being in the eye of a tornado and having little idea what's coming next. What I hadn't appreciated was that I respond in ways that my boy is now reflecting back to me. In the last week he has uttered the words:


and the other day he said:

Now I know he got the last one from the Archers which was on in the car at the time, but the other stuff was all from me. Even though I have no recollection of saying any of those things, Hubbie assures me that I do. I tell the cat to pack it in when he's miaowing for food (which is often) so my son isn't even just copying what I say to him. This would be less worrying if it weren't for the fact that during one of our particularly prolonged arguments the other day I caught myself throwing a plush* space rocket at him and heard myself say "if you don't put on your shoes / eat your dinner / stop throwing your toys all over the place (I can't accurately recall) I'm going to smash your face in."

Now if you have just taken a sharp inhale you're not alone. I did as well at the recollection of it. I don't advocate violence and I certainly don't countenance threats to anyone - least of all small children. I can only imagine I temporarily lost all sense of proportion and didn't realise what I was saying. Then it sent me into an insane train of thought about how I clearly don't deserve to have any more children as I'm just not good enough to cope with the one I already have. I won't tell the adoption people this of course as they might just take me seriously. Having spoken to a prospective adopter who had been told she had a miserable face and that might work against her I'm not taking any chances.

I do expect my karmic reward to be that my son will repeat my words at some highly inopportune moment, but at least I am now forewarned and waiting for it to happen. As he is in the 'hear it, say it, repeat it' phase of language I deserve all I get in return really. 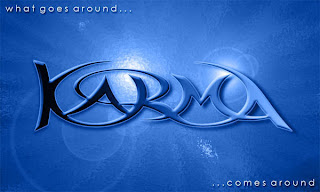 However, I've also been working on forgiveness lately as I realised that being able to forgive is the root of keeping a level head. I am very hard on myself when I make a mistake and hold onto grudges and resentments from the past that really are best left there. My new approach is to forgive myself for getting things wrong and to let it go when things happen that would usually cause inappropriate rage.

Next phase is to stop making insane threats to my son.

I can't promise anything, but I'll try.


*plush fabric - I'm not making a comment on the decor