My life on TV 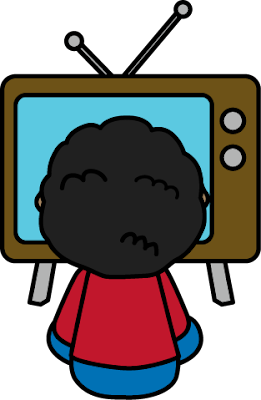 I'm a big fan of TV and watch far too much of it - ever since childhood. I used to watch the show that told you to 'switch off your TV and do something less boring instead' and stayed put until something genuinely less interesting was on. I sat through a lot of rubbish TV. As a result I know a lot of theme songs from shows and it's a handy skill to have for pub quizzes. The other thing I have learned from watching a lot of TV is that it's not often that art imitates life. I don't watch reality TV a a rule because I live reality and when I'm relaxing I want escapism. Not for me the banality of the partially true lives of inhabitants of Essex or Chelsea. However, there have been a few TV shows that have accurately depicted situations that have happened to me in real life. It's a bit freaky when that happens.


Eastenders: Now it's not a happy chapter of my life so I don't really go back there much. As I was having lunch with friends a while back I spoke about not remembering much of it in detail and one of my friends said, "Well PTSD will do that," and she has a point. The only really awful bit I ever really elaborate on is the one that I saw enacted dramatically by Little Mo when she stood up to her abusive husband Trevor. No I didn't attack my ex with an iron, but I did take it with me when I left - which was vindictive because I absolutely don't iron. It was pure spite on my part. I'm not proud of it, but to be honest it wasn't the worst thing I could have done. So we argued about petty things like the dish drainer and a plug stack and the friend who had come with me told me to just leave them. As I went to leave she went outside to wait by the van we had borrowed for the day and as I went to leave my ex decided to have his say about me leaving. This 6'4" man towered over me and threatened me. And I stood there - all 5' nothing of me - and said, "If you're going to hit me just get on with it. I've got things to do." He visibly shrank at my lack of fear - he just didn't know what to do. I told him he was a coward and a bully and I wasn't scared of him any more. He called the police and they sent two female officers who checked I was ok and ignored him completely. I left. No drama, no-one was hit by a household implement and there was no doof doof music. Still I did feel a moment of triumph when I saw Little Mo having an almost identical confrontation with her husband. It was then I felt proud of myself for standing up to him and leaving.

Monica and Chandler: There is very little about Friends that resembles reality. The ridiculous way that Rachel goes from unemployable spoilt, rich girl to successful fashionista in a very short space of time. Phoebe surviving on the money she makes as a masseur and terrible busker is just not believable on any level. And never forget that the whole Ross and Rachel relationship would just not occur in real life. He's a selfish, boring, petty man who offers absolutely nothing and she's already rich and doesn't struggle to meet good looking (straight) men, despite working in fashion - I know that's entirely realistic isn't it ? Anyway, the area in which I do see a similarity to my life is when Monica and Chandler have difficulty conceiving. It's one of the rare serious moments when Chandler tells Monica the bad news and they are heartbroken. On they day that Hubbie came home from his appointment he referenced this scene to soften the blow a bit. It kind of did. It also ensured I went into Monica mode and chose not to accept that there was nothing we could do. The rest is pretty well documented on this blog so I won't repeat myself.

Gavin and Stacey: There is a lot to love about this show. The fact that the families are named after serial killers is a stroke of genius. We watched an episode the other day where Pete shows off a hat that his wife Dawn bought him that bears the legend, "Pete Sutcliff loves golf." Stacey's mum even comments on how unfortunate it is that she goes from being a West to being a Shipman. Honestly if you don't find this stuff funny why are you even here ? So the point is pretty similar to the last one in that Gavin and Stacey are told they won't be able to have children. In one exchange they agree they will keep trying for a while and if nothing happens they will stop and think about other options. Stacey says, "It's sad isn't it ?" and every time I watch that scene it makes me cry. Yes it is very sad. When we were told that we were 'unlikley' to conceive we both sat in the reception of the fertility clinic and cried. I don't know how long we stayed there for, but it felt like a long time. On a much happier note, when we did find out that I was pregnant Hubbie exclaimed, "My balls work !" Just like Gavin does when they find out that Stacey is pregnant. I only did one test though - I didn't pee on a shoebox full of them.

Outnumbered: I never understood why people liked this show until I became a parent. Even then it wasn't until we had two of them. Ok, we're not strictly outnumbered as there are two of them and two of us, but as is pretty clear the cat is on their side - or he has recruited them to be honorary cats which is far more likely. So the main reason this show resonates with me is because Brown Bear is the spitting image of Ben. It has been evident since his curly hair kicked in and my sister even pointed it out. I suspect that Blue Bear is like Karen in that he is more considered and serious. Now I watch it and sympathise with Pete and Sue and their incessant attempts to keep ahead of their brood.

Miss Rabbit: Well this one is a joke that occured to Hubbie when it became clear that the character of Miss Rabbit from Peppa Pig does every job. It came about after I spoke about all the different jobs that I've done and he started to call me Miss Rabbit. It's a good call actually even though I'm not a helicopter pilot or a volunteer fire officer, but I have worked in a library. Anyway, Miss Rabbit has a pretty good work ethic and that's no bad thing is it ?

Curb Your Enthusiasm: We've been rewatching this show in preparation for the new series in October. It pains me to admit it, but I am really much more sympathetic towards Larry than I should be. Despite his selfish tendencies I honestly think he's more misunderstood than anything. I know he can appear to be a sociopath, but there is definitely an element of him being in the wrong place at the wrong time and not thinking before he speaks. I can identify with that.