My so-called life: fakebooking and other social media faux pas 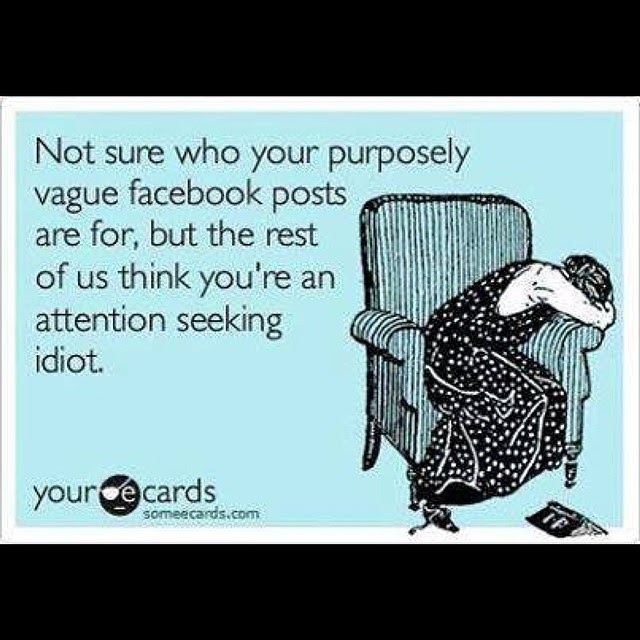 On holiday we kept in touch with world events via BBC News which seemed to be wall to wall analysis of the whereabouts of the missing Malaysian Airways plane with an occasional break in of other news stories. Wifi was not easily available so I wasn't social media-ing as much as usual, but did post a few photos when we had some data to use (and when EE wasn't up the swannie). I also heard about Gwyneth Paltrow and Chris Martin's 'conscious uncoupling' or break-up as most of us would refer to it. Her website GOOP went bust with all the interest in the announcement which she made personally rather than through publicists or an open letter in a newspaper as some celebrities prefer to share their personal dramas.

Most of us have Facebook or Twitter to voice where we are, what we're doing, who we're with, what we're eating or any other mediocre detail of our lives. We all know someone who posts abstract status updates that invite a comment or a sympathetic response and if I get another request to like a photo if I love my kids or hate cancer I will just block that person's sorry ass. Not to mention the people who seem normal, but go and share a homophobic or racist photo / news item that makes me wish I didn't know that about them. We all risk sharing too much.

Then there is the phenomenon of 'fakebooking' or posting selective status updates and creating an alternative life that bears little resemblance to the one we actually live. I'm thinking here of the friend who posts photos of her with her husband and kids and updates such as "Happy Christmas from all of us" as if she hadn't separated from her husband and moved out last year. I don't know whose benefit the fake status updates are for as most of her friends know the situation. Maybe it's for herself ?

It's not a criticism as I am guilty of doing it too. On holiday I posted photos of my boy being cute, smiling, making sandcastles, climbing rope ladders and generally having fun. I didn't let on that most days he was hell on wheels and yelled, screamed, fought and cried through most of the activities pictured. I captured the moment he was smiling, not long after he had been creating and banged his head on the restaurant window causing all the other diners to wince at the thudding sound. I post photos of my son for family members and friends who don't get to see him often because they live in India, Mexico, Argentina, Australia an assorted other world locations.

Social media is a wonderful way to share, but it is also a clever way to lie publicly about how we're doing. From relationship status updates that tell us that the boyfriend is not around any more to the amusing online quizzes that tell us if we're well read or middle class it's a convenient short cut to catch up on relationships that we can't necessarily nurture in the conventional way. Just please don't ask me to like a mindless proposition or share a ridiculous image that will enable spammers to harvest my personal data.

For the record: Yes I hate cancer, Yes I love my son, Yes I love my husband, No I don't support bad stuff and I don't care if me not liking that photo means little Johnny won't get a hamster for his birthday.

Oh and I'm going to keep posting positive images on Facebook. My social media persona is happy, positive, pro-active and lives a golden life. Even if my real one is sitting on the sofa drinking tea and picking cat hairs off my trousers.