What do I tell my toddler ? 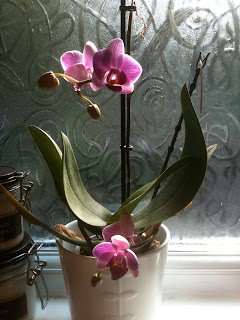 It's been a really odd day today. it started off normal enough with all of us going swimming then for a change I took the boy shopping while Hubbie mowed the front garden and fired up his beloved barbecue for lunch. As we were coming home I got a call from Hubbie that there was a car in front of our drive so I'd have to park on the road. No big deal, but I was worried as I knew what this probably meant.

Our neighbours on both sides are lovely and we have a good relationship with them. On one side are a couple who were both widowed in that last few years and who have grown up children. The other side are an older couple who also have grown up kids and are retired. All of the neighbours have taken care of us, our cat and our son at some point and we've done the same for them. The older couple kind of 'adopted' our boy as a surrogate grandchild as theirs is almost 11 years old and they missed having a little child around.

Not long after we moved in I was talking to the retired chap and he told me he was being treated for cancer and was travelling to St Thomas' hospital for his chemotherapy. In between sessions he was still able to tend to his garden and play bowls with his wife and they went on holidays and we watered his plants. I recall one very hot Sunday afternoon last summer (not unlike today) when they called us over the fence to join them and their son and daughter-in-law for drinks. Our boy ran around having fun, we chilled out with them and it was just really lovely.

We found out later that the chemo had been unsuccessful and that his cancer had spread. Then at Christmas he was in hospital and since then he has been very seriously ill. All our son was aware of was the he was 'not well' and he would say that to us as an explanation for not having seen the man next door for a while. In the last few weeks his condition deteriorated and nurses and doctors became a regular fixture at their home.

Then today came the news we had been expecting, but dreading. The car across our drive was the undertakers who had arrived for 'the body' as he passed away this morning. We took the boy into the garden to play with his new den so that he wouldn't see what was going on. Hubbie and I bowed our heads in respect as he was taken away and both shed some tears for him and for his family's loss.

Then we went on with our day as normal, the barbecue we had planned went ahead as family members called in next door to visit our newly widowed neighbour. We put a card through the door to offer our condolences and later on watched Andy Murray in the men's final at Wimbledon. Our boy has now witnessed a piece of history as it happened.

The dilemma I have now is how do I tell my son what has happened ? What can I say to him that he will understand ? He drew a picture for our neighbour as I asked him to and came with me to post the card through the door, but he didn't ask why.

At some point he will wonder where his lovely, kind, playful surrogate grandparent is and I just don't know what I'm going to say.

Email ThisBlogThis!Share to TwitterShare to FacebookShare to Pinterest
Labels: grandparents, kindness, my boy, my son, neighbours