My first, my last, my everything... 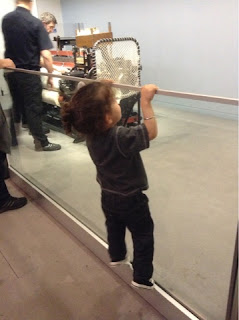 Hubbie and I decided to take a few days off work so at the end of last week we had 4 days of family time during which we were blessed with glorious sunny weather. In recent weeks we've taken our boy out for special days to Peppa Pig World and Chessington and that's gone well so we thought we'd try a few new things.

So here - in no particular order - are some of our 'family firsts':

We introduced our boy to the dinosaurs in the Natural History museum (and discovered a way in that avoids the massive long queue at the front of the building). It was absolutely heaving with school groups so my plan to go during the week backfired a bit.

Right next door we let our son loose in the Science Museum where he went to space and enjoyed the many motor vehicles. He was able to climb onto trains, cars and tried on some headphones playing sound effects. It's a great place with lots of interactive exhibits for children (and adults) and was a lot less crowded so we let him run fairly free as we could still spot him easily. 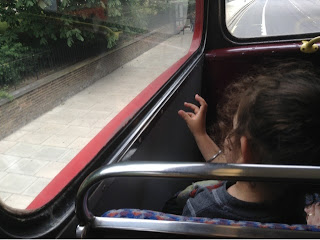 Before we had our boy we used to say we'd love to take our child(ren) to Giraffe as they are so family friendly and welcoming to kids. We took him to the Kensington branch where he was less than impressed with his fruit smoothie, but loved his water cup with a straw pushed through the lid. These people understand kids which is why they provide a proper non-spill cup for them :o)

After our lovely lunch at Giraffe we went to the bus stop and waited for the No.9 bus. It's a routemaster bus on the heritage route that runs through Kensington and runs every 20 minutes on weekdays. It was a great nostalgia trip for us and a new experience for the little one as he isn't usually allowed on the top deck of the bus. He even pulled the string to alert the driver to our stop. We met the coolest Nepali bus conductor ever who helped us stow our (folded) buggy away while we rode the bus. 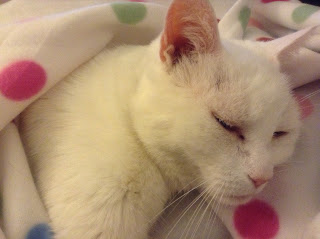 As it was so hot we spent most of the day in the garden. The boy was paddling in a blue plastic hippo filled with water and Hubbie built an impressive wooden den for the boy. The cat was sunbathing (and running away from us as we tried to put suncream on his ears*) and I was… actually I have no idea. It must have been good. In the evening I got all dressed up and went out to a ball and had great fun, drank too much red wine and danced until my legs ached (they still do if I'm honest !)

The best thing was that being at home for four days and the weather being hot meant we could finally try and encourage our son out of nappies - I don't call it training, he's not a dog. He's been frustrated for a while now by having to lie down for nappy changing and I've told him that if he learns to use the toilet he won't have to put up with the changing any more. Well we decided to give it a go and had some mixed success at first. So many other parents have told me that after 2 hellish days their child just 'got it' that I started to wonder if we had just pushed him to do it too soon. Then today something amazing happened. I picked him up from nursery and every member of staff told me he'd done really well and 'stayed dry' all day.

I'm made up that he's got the idea and is being so independent now. It is another sign that he's growing up and learning new things and that we're getting the hang of this parenting lark.

*not I'm not insane, our cat is white and his ears can burn in the sun so the vet has advised that we put suncream on them. It's not like he's asked us to ensure he tans evenly !!