I've had a strange few days. I've got some pretty horrific mozzie bites on my back because I am so special that I get bitten even when I don't go on holiday !! To make myself feel better I decided to flick through the photos I've taken in the last week as I'm a bit of a magpie for images and am always keen to capture interesting things I've seen or done. So in order to cheer myself up I've compiled a photo diary for the week I've just had: 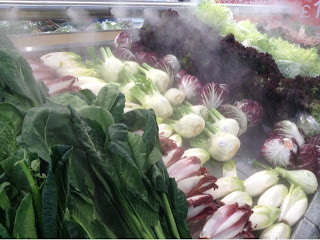 It's a mist that's sprayed over the vegetables to keep them fresh in store. I know, how mad is that ? 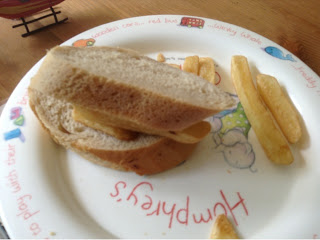 Yes that's right, he made his first proper chip buttie. That's my boy ! 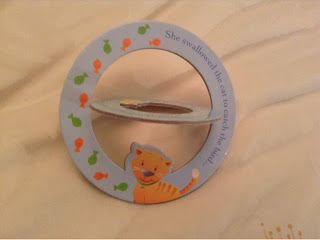 When I asked him what it was he said, "it's a planet Mummy." My eyes were was as wide as the circles and I called Hubbie to confirm that he hadn't taught the boy this. We are both still baffled (and yes very, very proud).
If you recall the TV show CHiPs you will recall the actor Erik Estrada who played Officer Poncharello.  Now look closely at the driver of this bus. 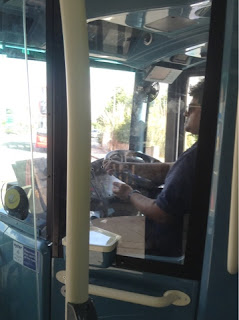 Yes !! It is Ponch from CHiPs !!! I am going to petition the bus company to rename his route the Croydon Highway Patrol.

Firstly I should explain that I have a very good friend whose surname is Footman. I've known him for years and we chat most days on Twitter as he now lives in Thailand.

I was in Waitrose earlier today and as I was queuing up to pay I saw this out of the corner of my eye. 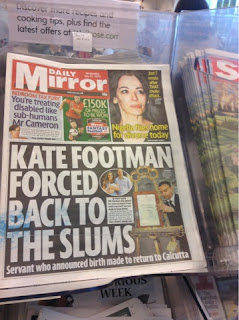 Only when I saw all I could think was, "Who's Kate Footman ?" "Is she related to Tim ?""I didn't think Bangkok was that slummy." etc. See this is how highly I regard my friends - I don't see a job title I see my friend's name.

So that's my week in photos. Crazy or what ?