The other day I was watching the comedy show Modern Family and the character Jay described a situation he found difficult as 'my Vietnam... and I was in Vietnam."

After last weekend I think I have some idea what he's talking about. It was the big birthday weekend. I'd been planning for my son's 6th birthday party and it was also my nephew's party the next day. I prepared for weeks, nay months in advance. I ordered popcorn bags, collected suitable party bag treats, booked a great street dance teacher and our old friends at Totstars for the sports side of the party. After the event I felt like I'd been in the opening sequence of Saving Private Ryan. So much was going on, but I wasn't really part of it so I had no idea what was happening. When I've seen photos afterwards I don't even remember being there !

I can only conclude that for me planning and delivering a children's birthday party is actually like being in a Vietnam war movie (yes I know Saving Private Ryan is not a Vietnam movie, it's just an illustrative example. Please do keep up).

I start out like Charlie Sheen in Platoon - idealistic, full of hope in my ability and the potential for this to be the greatest social event of all time. My hair starts off looking pretty cool as well. 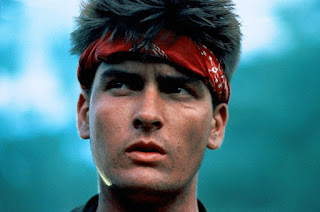 During the party I channel Robin Williams in Good Morning Vietnam: enthusiastic, a bit manic and driven by adrenalin. I probably make about as much sense at Adrian Cronauer too.

After contact with the Viet cong (kids) I'm more like the drill sergeant in Full Metal Jacket: driven, bullish and in 'just get it done' mode. I'm also pretty much singing the surfin' bird tune on repeat in a post party haze.

The drama started even before the party with a mum coming up to me at swimming to say, "Oh I think we can make it to the party now - when is it again ?" Now how do you tell someone, "Well, actually your child wasn't invited so don't worry about it love." ?

Then during the party there was the entitled little shit of a child who started off by being too cool for school during the street dance and not taking part in the dance-off. Then when the kids were eating the popcorn I'd painstakingly bagged up as a post-dance, pre-sports snack he handed his back to me with, "what else have you got ?" It doesn't get better. We had pizzas delivered for the children to eat and as we offered them round he looked up and said, "Don't you have pepperoni ?" Well mate it's not a restaurant it's a party. We ordered margerita, veggie, hawaiian and chicken. You're the first 5 year old I've ever met who eats pepperoni so eat it or don't eat it, there's garlic bread and wedges if you're really starving.

Having made it to the end of the party and seen everyone off the premises we went home to bed to prepare for the party the next day. At least this time we were guests instead of hosts.

My tiredness and PPSD (post party stress disorder) may have contributed to my experience of this one feeling like I was in the Deer Hunter. Instead of finding it charming when a dad asked his daughter, "how do say orange juice in French ?" I wanted to just shout, "Oh just shuttup why don't you ?"

I lost my joy with the hipster parents who lounged around not watching Oberon and Marigold taking food off plates that people were eating from. One 'darling' kept calling my son names and when I asked if he wanted something to eat he said, "I want bread" I muttered, not entirely under my breath, "my kids would have said please and thank you."

The crowning glory of the party was when my boy was pushed aside from standing with his one year old cousin cutting the birthday cake because, "You've already had your birthday." I have only one response to this and it's pretty Michael Cimino: 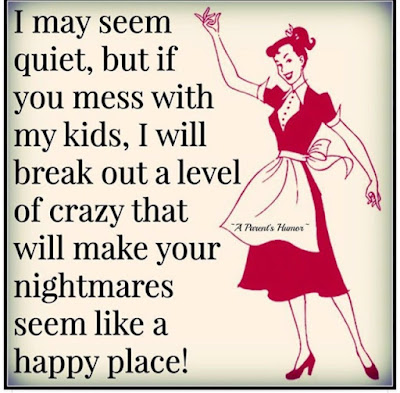 Ok I'm not quiet, but you'd better believe that with that one gesture you unleashed hell !