I used to cook all the time.

I'd lovingly prepare food for me and Hubbie and then when we had Brown Bear I weaned him with fresh fruit and vegetables and meals made from scratch. Of course when he resolutely refused to eat I was left wondering why I'd bothered and in recent years I've noticed how little I actually cook from scratch and it amazes me that I've come to this.

I take feeding my family seriously and am super lucky that all the boys love fruit and veg as much as they do. We have a constantly topped up supply of apples, grapes and bananas in the house and the boys love seasonal fruit like mangoes and strawberries - which is a blessing. 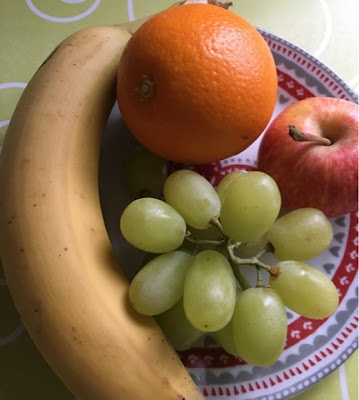 Eating outside the home was initially a bit of an issue as I would have to take food with me for Brown Bear as he wouldn't eat sandwiches so that made it a bit of an effort. I'd have to find alternatives that he would eat and would often just keep plenty of snacky type bits - apple fingers, halved grapes,  rice cakes and breadsticks - for him to nibble on.

Packed lunches have always been part of our meal preparation. It was me who persuaded Hubbie to take a packed lunch to work every day instead of spending upwards of £7 daily on an unhealthy array of food. I started off making the sandwiches for him an assembling the lunch then slowly he did it himself and now it's so established that sometimes he even prefers taking his own lunch to eating out.

It was because Brown Bear was such a fusspot that I had to try alternative ways to get him to eat lunch. I've tried making wraps, mini bread rolls, flatbreads and ever dairylea dunkers to get him to eat protein and carbs. It was on a long drive one day after school that he finally gave in to sandwiches. I'd made a box of cheese sandwiches for him to eat and as he sat in the car for over 2 hours he chomped his way through them. Since then it's been a much simpler task as when we go out I can make rolls or sandwiches for him and Blue Bear. In fact I bring a small sandwich box with me when I pick up Blue Bear from pre-school and he eats them in the car. He loves flatbreads, mini rolls and breadsticks too. he takes a packed lunch twice a week and I always put in a sandwich or roll, some fruit or raisins and a fruit based drink. He likes to have a snack so I'll pop in a rice cake or two. I also find crunchy foods appeal to the boys so these snack cucumbers are ideal as they are fresh tasting, not too big and cute in the lunchbox too. 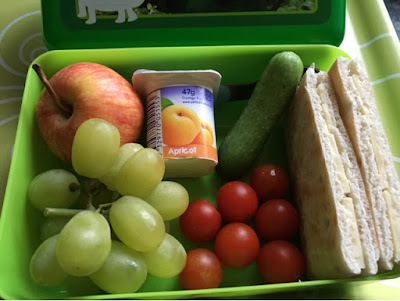 I'm always inspired when I see other people's efforts with lunch - from sandwiches cut in the shape of stars to beautiful 'bento' style lunches. It's a good way to get ideas for lunch when the same old same old just isn't cutting it any more. A Flora commissioned University of Leeds study found that only 1.6% of children in England take a packed lunch that meets the nutritional standards for school meals. Shockingly only 17% of lunches even contain any vegetables or salad. I realise that not every child likes vegetables, but surely that's low by anyone's standards ?

Flora sent us some meal ideas including chicken pittas, pasta with tuna and herbs, couscous salad some lovely ideas for filled wraps. I have to admit that sneaking veg into my kids really does appeal and all of these recipes were tasty and simple to make. I rarely make wraps for my boys, but they do love chappatis so I spread them with something tasty and then roll them up and cut it into smaller bite sized pieces to make it easier to eat. Blue Bear likes a bit of spice in his food so a spread of vegetable korma or dhal would also go down a treat for him. I always include plenty of fruit and veg and Brown Bear loves sweetcorn so pinwheels made of slices or corn on the cob work well for him. Sliced carrots and cucumbers with a small pot of houmous in a coolbox make for a nice summer lunch option. Blue Bear also likes ham so I roll it round a breadstick or a veg stick to make it more interesting.

It's great now my boys are into food on the move as I can experiment with different exciting food combinations. Now I've also got some new ideas to add to the range of options. 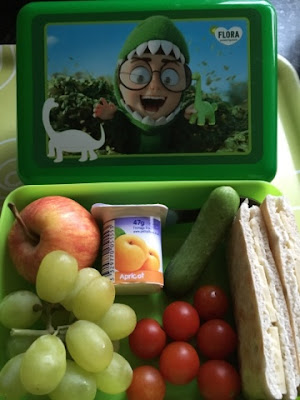 This post is an entry for the #FloraLunchbox Linky Challenge, sponsored by Flora. Check out their lunch planner and recipe ideas here: http://www.flora.com/article/category/1104207/healthy-kids