Adoption Week: What is a 'real' family anyway ?

I've written about the different types of families before . It's not like as a society we're unfamiliar with the concept of single parents, step-parenting, family carers (eg. grandparents raising children), multiracial families and same sex parents. I realise that not everyone has an enlightened view on any or all of these types of families. It's a shame that for some there is an idea of the 'real' family that exists in their mind - and pretty much nowhere else. Oh and in the christian allegory / family soap from my childhood, Little House on the Prairie. I mean even Michael Landon was pushing custard uphill trying to convince the audience that this was typical family life wasn't he ? 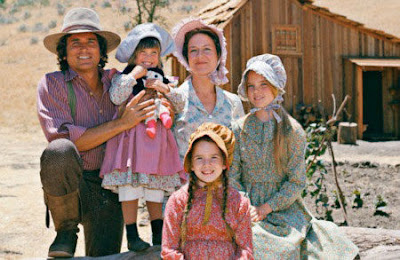 Even thought adoption is no longer kept secret there are still so many misunderstandings about it. I often get asked where my son has come from as there is an expectation that he must be from another country. It's also common to be asked why he was adopted as if there must be some fluffy reason like they had run out of room in the mansion he was born in. There is also the misconception that babies sit around in children's homes waiting until their adopters come to find them. Like Annie, but without the singing and dancing. Or the dog.

When talking about adoption even the most understanding of people struggle with what is appropriate to say or ask. So here's my handy guide to help you stay on safe ground - and some tips on what to avoid:


Blue Bear has been a wonderful addition to our family. He is fun, hilarious and cheeky. He's also stubborn as an ox and gives as good as he gets from his big brother. Anyone who meets them would have no idea that they don't have the same parents. I have been greeted with shock at this news. He looks like Hubbie, he plays tricks like Brown Bear, he dances in the car like me.

Blue Bear is with his real family. We are his and he is ours.


Tomorrow: Was it worth it ?

It's Adoption Week so I'm writing about adoption every day this week.