Treasure in the garage and other discoveries.

So it's a bank holiday weekend and that's three days with the kids at home. The football season is now over so I haven't even got the day off when they go to watch non-league games with Hubbie. Today I had a few simple ambitions. I wanted to go swimming as a family. I wanted to get the new garden swing chair built and to have a nice family meal together.

This morning Hubbie took the boys to stay and play and I presented my radio show. We all got home and as it was sunny ate lunch outside in the garden. For some reason my boys decided this was how they wanted to be photographed. 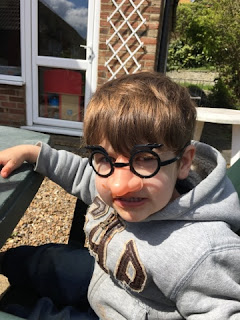 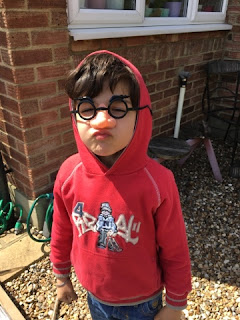 I decided a few weeks ago that I wanted to make my garden a haven in which I could relax and enjoy the warm weather. I've already refused to have a trampoline (advanced kiddy prison) as it would ruin the aesthetics of the garden. That's why taking holidays at Coombe Mill is so fab, the kids get to do all the trampolining and zip wiring they want to when they're there. It is still filled with kids stuff though. A den, a slide, a swing, a pirate ship (well the cat loves that too, so double bubble) and various bikes and paddling pool toys. So, in the last two weeks I've bought some things to make my garden a grown up space too. Today as Hubbie started to assemble the swing seat I thought, "ooh I can clear the garage," and proceeded to empty everything onto the drive. Big mistake. Huge.

As soon as all the contents of the garage were out in the open the rain came down and we had to rush to get everything into the dry again. The upside was that Hubbie found a Sega megadrive and when Brown Bear spotted it he yelped, "Sonic" in delight. I found a DVD player to replace the one we have that appears to have given up the will to live. As a result Brown Bear was watching DVDs while I prepared dinner this evening. Blue Bear was a laugh riot during dinner - at one point I was laughing so hard I had tears running down my face and Brown Bear asked Hubbie what was going on. Blue Bear acted the goat even more when he saw the reaction he was getting. 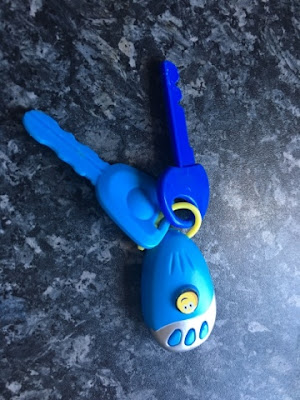 After dinner we were tidying up and Hubbie was testing the Sega to see if it would work. As we stood in the kitchen I asked him where Blue Bear was. He spotted him at the front door. I went to see what he was doing and he was halfway out waving, "Bye Bye" and barefoot. Hubbie asked if he was leaving home and I said, "Probably, he has his car keys with him."

There are days when my boys bring such joy, laughter and bafflement. In case you're wondering why the latter. This morning I spotted Neo drinking this manky water in the garden. Clearly the filtered water I put into his drinking bowl is just not 'street' enough. 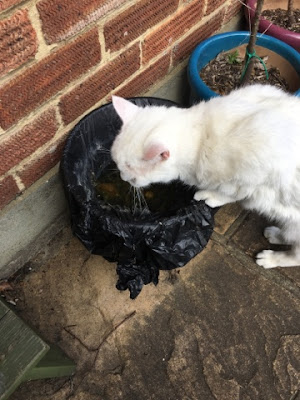 However you're spending your bank holiday I hope you enjoy it.