All the feelings, all of the time. I need a marmalade sandwich.

The house is very loud and fraught these days. The sibling rivalry between the boys has gone up a notch and it's really hard to know what to do. Baby Boy is becoming more confident by the day. His speech is coming along and his personality is as cheeky and endearing as his brother's. He is also having mammoth tantrums that are ear splitting in volume and completely unpredictable. At least he can now say, "more naa naa," "cheers," and does a cracking impersonation of a pirate when he's watching Swashbuckle.

It's much harder to work out what's going on with Big Boy as he is veering from hysterical to anger and then sad and remorseful. It's exhausting and combined with moods and throwing things in a temper I'm finding it all a bit too much. I've tried to help calm him, I've talked to him, sat with him and asked his favourite auntie to talk to him, but we don't seem to be making any progress. What I noticed was that given space to talk he does give away information, if we are smart enough to listen for it. The other day he overheard me saying, "you're so cute." to his brother and said, "why don't you say that to me ?" I do, but maybe not as much as he'd like. Then last night he asked Hubbie why he doesn't get to do the same things at bedtime as his baby brother. When we talked about it later we agreed that if he wants to go back to a 'baby bedtime' then maybe it's worth a try until he decides he wants to stop. 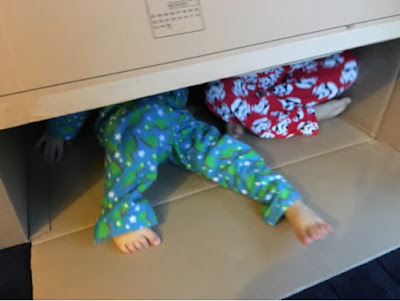 I was talking to a friend whose two boys who are older than mine and was crestfallen when she explained that they still bicker and experience jealousy. I had hoped that this would get better, but it seems to be an ongoing issue with vaying degrees of seriousness. At the beginning when Baby Boy came to us we expected some problems with them getting to know each other. There certainly were problems and they were far worse than I could have imagined. Then I found a few things that helped.

Big Boy and I watched the movie Paddington - a lot. There were some interesting parallels in the story of a young bear who lives with an elderly aunt and uncle because his parents have died and our boy who had lived with foster carers until he came to us. We talked about how scared Paddington must have been to leave his family and go and live somewhere new. How strange it was to live with people he didn't know and who didn't all trust or like him at first. The difficulties of learning how to fit in with a new family with different ways of being. So that helped to identify how his brother was feeling and I hoped to nurture some love and care for this new little boy in the family from the other little boy who was feeling left out.

It took time to also find ways to reach Big Boy and help him process his anger, jealousy and general sense of being less important now that there was a new boy in the family. Then we watched Inside Out and it gave us a new language to talk about emotions and how powerful and overwhelming they can be. Big Boy talked about how it feels like there is fire coming out of his head when he gets angry. How sometimes he just feels sad and he doesn't know why. The movie helped us both understand that however much we'd like to be happy all the time it isn't always possible. It also made me cry and when we watched it again recently he asked why.
"I feel sad sometimes and I don't alway know why."
"I don't know why I feel sad or angry Mummy."
"That's ok. So long as you don't hurt yourself or someone else it's ok to feel angry or sad." 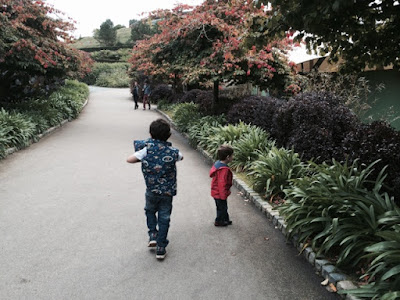 We looked at some baby photos and videos of him the other day and I kept telling him that he's always my baby. Even when he's a man he will still be my baby. He laughed. I want him to know and believe that I can love them both and I care about his feelings. I don't want either of my boys to hurt or to be angry, but when they are I want them to have a safe place to go.

Now I just need to find a movie to help us talk about this stage and these emotions. If you have any suggestions please do let me know.