I've decided that I need cheering up this week.

I think we can agree that it's been a pretty crappy week. First we found out that David Bowie had died. It was unexpected, sad and completely overwhelming. Then today it was announced that Alan Rickman has also died of cancer. They were both younger than my parents and Hubbie's parents. It's a shock.


Alan Rickman was in some of my favourite movies. Juliet Stevenson - his co-star from Truly Madly Deeply - was on the radio this evening talking about their friendship and her voice broke when she said she'd seen him yesterday. It was heartbreaking. I know there are a lot of people who knew him best as Severus Snape, but some of us grew up with a memory of him as Hans Gruber from Die Hard or the Sheriff of Nottingham. It was rumoured that his scene stealing performance was so good that Kevin Costner ordered many of Alan's scenes to be cut in order to him Kev look better. Frankly with that horror show of an accent it would have taken a lot more to save Kev's performance than some judicious editing. In Close My Eyes his role as the Proust reading cuckolded husband of a wife committing incest was masterful. I loved him in pretty much all the roles I watched him in - including Snape, of course. While Emma Thompson stole their storyline in Love Actually, he was a surprisingly sympathetic would-be cad. I was once meeting my lovely friend SJ in Sloane Square (many years ago now) and she said, "I've just seen Alan Rickman." I got a bit over excited and shouted, "ALAN RICKMAN ? WHERE ?" SJ shushed me as apparently he had heard me (hardly surprising) and turned round. So near and yet so far.

So, here's what is helping cheer me up: 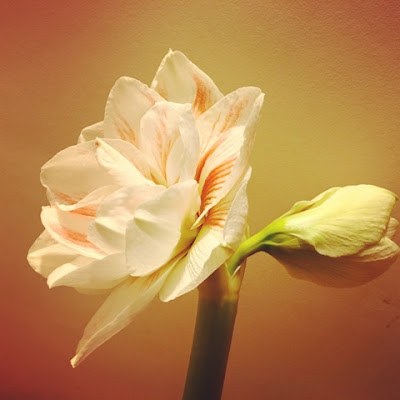 The lovely flower that our neighbour gave us for Christmas has flowered and it is just beautiful. 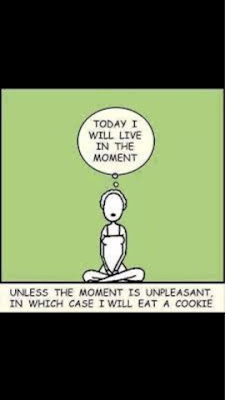 Now that both boys are in education I am trying to get some of myself back. I'm taking better care of myself and am excitedly making plans to run a yoga retreat later this year. 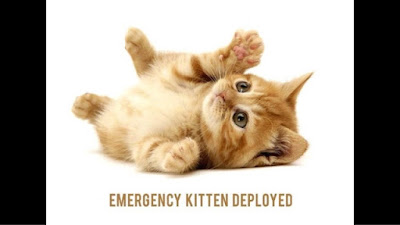 If all else fails a kitten will always save the day.