What's all this fuss about Father Christmas ?

So this is Christmas. My boy has been telling every Father Christmas he's met (including the one that flew past last night on the International Space Station) what he wants as a present. This morning he's opened stocking presents from Santa and later he'll open some more from me and Hubbie. 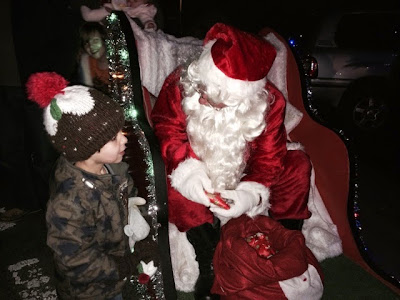 When I was a child my parents didn't allow us to believe in Father Christmas at all as they didn't want to give any credit to a fat white man for the presents they had paid money for. We never wrote letters asking for presents, we didn't go to see him at a grotto and on Christmas Day we didn't know what we were getting as we weren't asked what we wanted, we got what we were given. On hearing that my school pals had gotten expensive presents and all they things they asked for I didn't think 'oh woe is me, how sad that some random character has favoured them over me.' I accepted that what I had was what my parents could afford and all was well.

I've recently seen posts on Facebook encouraging parents to consider the feelings of other children when buying for their own kids. Piously suggesting that limiting presents for your own children is a lesson to them that not everyone has a lot of money. One of these sanctimonious sorts even suggested giving a small gift from Santa and generous gifts from yourself so that Santa doesn't look like he's discriminating against poorer families (and of course suggesting you are a really generous parent).


I know plenty of parents who spend a fortune on their children and even heard myself tut judgementally when a few I know bought iPads for their 2 year olds. When my boy was two he got a teddy bear and some toy cars for Christmas because a) he was 2 and b) I didn't ask him what he wanted. You see, Hubbie and I decide what we consider appropriate for our boy. His first Christmas was just after he was born and despite being only 3 months old (or maybe because of it) an entire room in our house was filled with presents from doting grandparents and aunties and uncles. He had no idea - of course - so we rationed what we gave to make up for the understandable overindulgence of our loving family. We don't want to spoil him do we ? 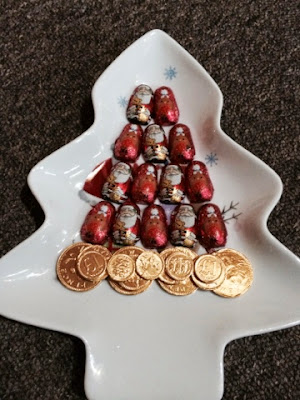 The values you raise your children with are up to you. I am happy for my son to believe in Father Christmas - ironically my father now looks like him with his white beard, especially when he's wearing a red turban. I explain to my son that not all children live the same life as he does. That's why we give toys, food, clothes and money to support various causes that give to those who have less than us. What I don't do is give him less.

If we are going to demonstrate to our children that they deserve no more than others then where do we draw the line ? Some children live with no clean water or heat. Others are at the mercy of war and disease. Denying my son some toys is hardly a lesson in social inequality it's a self-congratulatory piece of nonsense. The people who are telling everyone to do this will be crowing about how amazing they are for showing their kids how good they are.

If I can afford to get my son something and if he deserves it - on his own merits, not relative to any other child - I will decide thank you very much. I also don't feel the need to buy my son's love by giving him a bundle of presents. I am pretty secure that he loves me and not on the basis of what I give him at Christmas.

I waited a long time to become a parent and I won't be told by someone else what is best for my child any more than I'd tell them what to give their children.

Oh and Father Christmas has given my son some lovely things already this year - he's a pretty cool dude as far as I can tell. 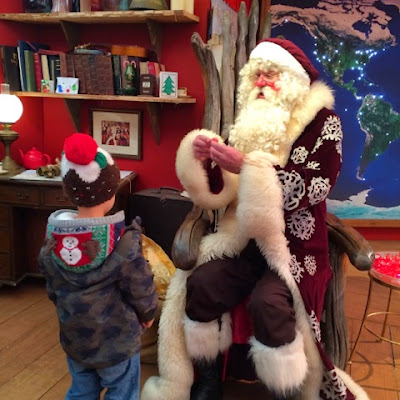