Mission Impossible 3: the quest for a birthday greeting 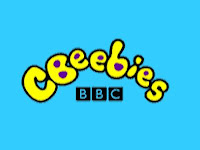 From Tikkabilla (which is weird and like Playschool on mogadon) when he wakes up to In the Night Garden (which is like doing psychotropic drugs so I'm told) at bedtime he loves loads of shows on the schedule. I give full credit to Justin Fletcher for my son appreciating a good knock knock joke and I'm pretty sure he's learned to count and his alphabet from watching educational shows on the channel. Yes I am happy to admit that I've left the telly to teach my son numeracy and literacy. 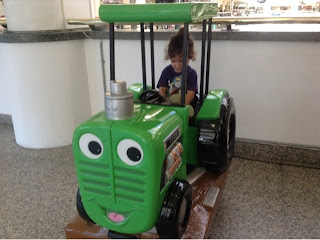 I'm sure he's not the only child who knows all the theme songs and sings them enthusiastically. Today he sang Bob the builder when sitting on a tractor in the shopping centre. It was quite funny actually. Again I'm pretty sure that other children also call all postal staff Postman Pat and recognise the Royal Mail logo on the side of red vans.

So our credentials as Cbeebies fans are clear for all to see. I've befriended Dr Ranj on twitter and posted pics of my boy pretending to be a Dr using the stethascope from the front of his Cbeebies magazine that prompted a sideways smiley from the good Dr. Before you jump to any conclusions no I'm not one of those who pants when he's on screen because of a crush - that would just be wrong as he looks a lot like my brother ! 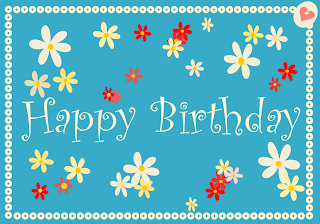 My issue is that my boy is going to be 3 in a month and this is the third year of trying to get his birthday card read out on Cbeebies. I even asked for advice from my friend Lou who has managed to get her son's card read out twice - yes that's right TWICE !! Two years of trying to get a card shown on Cbeebies has almost broken me. The first year I was in such a panic to get the card there in time that I forgot to put his date of birth on the back and had to pull strings with my friend Vicky (who works at the BBC) and she put in a call to the Cbeebies office to make sure they added it to the back. We spent all day watching the birthday slots becoming increasingly depressed as it became clear his card wasn't going to appear. Last year I sent a card again and double and triple checked that I'd got it all right and again no sign of it. We even resorted to doing an online greeting on baby TV just to be sure he got something on telly.

This year I'm taking no chances. I've taken top tips from Lou in her capacity as 'the Mum who can' and am even going to write a super smarmy message on the back of the card just to be sure. I'm including as many characters as will fit onto the card and it's being posted in plenty of time.

If we don't do it this time I'm actually going to cry.

You don't want to make a grown woman cry now do you Cbeebies ?