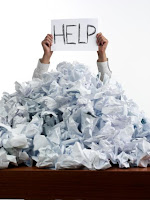 I've mentioned before that sometimes Hubbie knows me better than I know myself. He diagnosed I was having a migraine (and not dying as I thought I was) and he often tells me to drink water when I'm feeling a bit flat. He is also able to pinpoint more serious concerns in a way that previously only my friend Neil could. It was Neil who pointed out that I was so discombobulated in my new flat because I was surrounded by boxes and this disorganisation offended my sense of order. He knew this because we had lived in shared accommodation at university so he is familiar with my insane OCD tendencies. Also, his housewarming gift to me was a step stool for my kitchen and a can of flea spray - before you wonder why we are still friends I'd asked for both of those things.

Anyway, I digress. Recently I asked Hubbie - yet again - if he minded me not having a 'proper job' (my words not his) and he said he didn't. Then he had a genius idea. Our new house (of over a year now) has a garage that is riddled with asbestos so he suggested that I project manage the rebuild. I have no experience of building projects so I looked at him sideways. Then I realised that actually what I need is something to keep me busy - other than a toddler and a cat that is.

Having a project keeps me out of trouble and stops me from pondering and falling into depressive moods. Since we've been together my projects have included; training to be a yoga teacher, moving house, (twice), planning our wedding and the assessment process for our first adoption application. As you probably know I became pregnant with our beloved son so that adoption process came to a halt while we celebrated our new family member.

Not having a project has left me feeling a bit empty and pointless. While I was pregnant I watched the entire box set of the West Wing and when my son was taking his time to be born I was getting a bit bored so we went out shopping for a car - which we were going to do anyway, but later. Of course having a baby kept me occupied and since then we've also been trying for another with little success and more than a little failure. 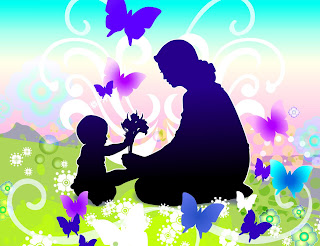 It has left me feeling like my body isn't good enough or that my temperament isn't positive enough to make a baby or that I just don't deserve it enough. All of which is self-defeating. Now that Hubbie has given me a project it's injected some fresh enthusiasm into my well planned routine days. The new routine includes waking up earlier than I have in months to practise yoga - helped by the lighter mornings. This means I'm cheerier when the boy wakes up rather than being as tired and grumpy as he is.

Being able to take on one new thing means feeling strong enough to take on more. Hence the biggest decision that we've made to get through this phase. We're going back to adoption to complete our family. This means we can look forward to an initial assessment to check we meet the criteria, hopefully further interviews and then the long process of preparing our F1 form for the adoption panel.

We have been here before. It won't be quick and it won't be simple. It will, however, be very different this time. This time we have a young son and he will be part of the assessment process and his interests will be taken into account. This time we have experience of parenting and of preparing for an adoption panel - although not at the same time admittedly.

So here we go again.

It's back, it's Adoption: the sequel.