Anyone who didn't predict that my post about grammar and punctuation was leading up to a big rant about education must be new here. If you are new, welcome, make a brew, pull up a chair and thank you for coming :o) 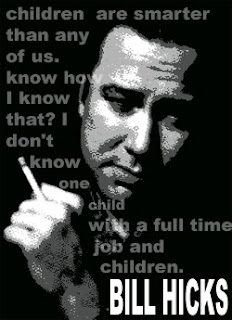 That post was partly meant to be tongue in cheek, but was only really warming up for the real issue. It's something I'm uncharitably referring to as the celebration of stupidity that we seem to have come to accept as normal. There was a time when being daft was considered charming. In his stand up routine Eddie Izzard used to complain that he was 'thinly read.' Chris Rock mocked the simpletons who boasted that they "didn't know shit." Bill Hicks had an attitude that reviled the stupid and unquestioning and encouraged freedom of thought (and a liberal approach to drugs that I didn't strictly agree with).

We appear to have moved far away from that approach now and it is not only acceptable to boast about being stupid, but it is also revered by reality TV shows to know very little. As though it's charming and somehow cutesy rather than pathetic to have no general knowledge whatsoever. When questioned further these were the kids at school who used to say smart things like "I speak English, why do I need to learn it ?" I suspect these are the same genii who don't see the point of English literature or algebra because, "when am I gonna need that in real life ?" Well in your case probably never if I'm honest, but that may be more self-fulfilling prophecy than anything else.

I didn't go to a private or even particularly good school. Most of my teachers were borderline illiterate, one was a suspected paedophile and at one point there were some pretty racist ones. I learned in spite of them, rather than because of them. School didn't teach me to swim, to cross the road, cook food or how to drive but I can do all of these things. I didn't expect my school to do everything for me and frankly if you care about something that much you'll probably find a way to do it.

I'm not making a judgement about people who missed out on schooling or who have struggled with learning. I mean those who use more words than they need to try and sound clever, but whose vocabulary is still smaller than my 2 year old's. The kind who bullied the bookish kids at school for being too interested in learning. So my question now is why are we still apologising for knowing how to spell, or caring about grammar and punctuation ? Being picked on for being a 'spod' (please insert age appropriate equivalent insult here instead as you wish) must be out of fashion by now surely ? 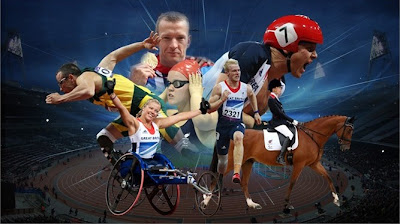 Didn't we just spend 2012 cheering along sporting achievement ? It wasn't a celebration of 'the kids who didn't have a running track at school so never go to be good at sport so it's not their fault' did we ? Or did I miss the celebration of stupid Olympics ? Where you get a medal for the 'unspelling bee' or the Nobel prize for 'not knowing your times tables 'cos what's the point ?'

Before we rush to blame our adult underachievement on the education system let's remember that Caitlin Moran didn't go to school at all. She went to her local library and read lots of books. When she decided to become a writer she realised pretty early on that you have to read in order to write well. It meant enough to her to learn to do it well despite having no formal learning at all.

So here is the message:

It's ok to be smart.

It's ok to know stuff (and comes in handy at pub quizzes).