This half term is awesome.

This evening as me, the boys and Neo all slumped on the sofa under a big fluffy blanket I looked at the cat sprawled across us all and the boys staring at the TV. It's halfway through half term and we're all tired, well exhausted actually, but also really happy. Blue Bear has been going to a playscheme every day that he loves where he plays sports and today he did streetdance and had fun on the bouncy castle. He's never been a fan of bouncy castles, but this week something has just clicked for him and he's loving it. It's a relief really as it means I can book one for his next birthday knowing he's going to go on it.

Brown Bear has been going to tennis lessons with his friends. He did this last holiday and really had fun so I thought we'd book for him to go again. Today, however, we did something extra special. I contacted the BBC about the listening project a while back.  I suggested a conversation between me and Brown Bear about how his brother came to join our family and how he felt about it all. We've been talking about it for a while and today was the day we went to record it. I wanted to make it a special day just for us so first I surprised him with a visit to the new Lego store in London.

We took the bus from Victoria to Picadilly Circus and walked through Chinatown. I didn't tell him there even was a lego store so it was a complete surprise when we arrived there. Apparently people have queued for hours to get in, but we timed it pretty well and didn't have too long to wait to get in. The numbers are managed quite well so it's not too busy when you go in and there is plenty for the children to play with as well as some stunning lego models to admire too.

There are some iconic London models and Brown Bear tried to make a phone call and to post a letter - I was impressed he even knows what a phonebox is for ! 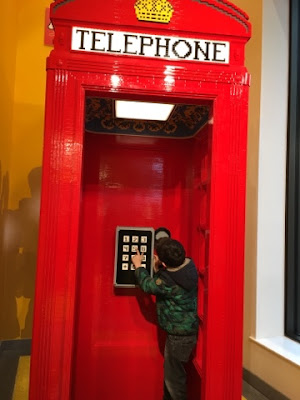 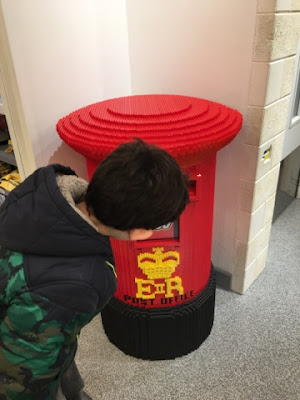 This Pick and Build wall is amazing and while I can't see how you could reach the top storage units it is a great idea. There are some model ideas to get you started and there's also a build your own minifigure bar that was very popular. 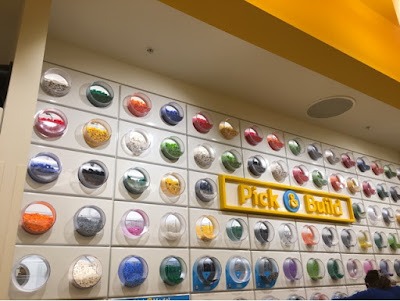 There are tables with a lot of lego and some models started already. This Big Ben model caught Brown Bear's eye. 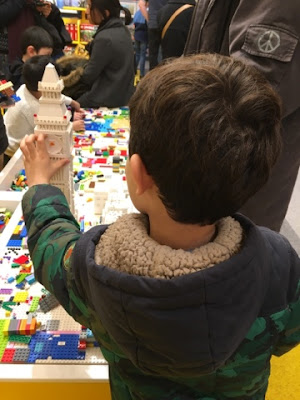 As you queue to get in you see the model of an underground carriage - complete with the queen waving from inside. It was a nice compromise as I had told him we'd be going to the Transport Musuem to put him off what I really wanted to do. 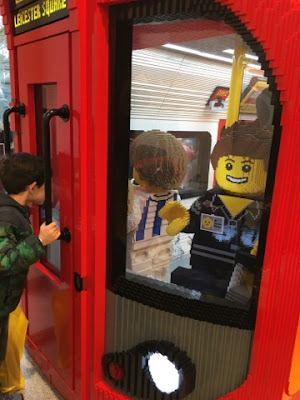 The best part of it was that I told him he could buy a set with his Christmas money and he chose one that he's already built. Hubbie told me that when he was putting Brown Bear to bed tonight he said it had been the best day of his life. Well I'd call that mission accomplished then.