Autumn term is always a time of new and exciting things. The leaves change colour, there are conkers on the ground and the prospect of fireworks night is thrilling. For parents of pre-schoolers - and fans of Miffy - there is a new treat to look forward to in this her 60th year - I know she just doesn't look it does she ? 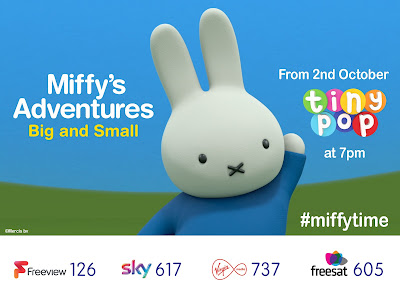 A new generation of British pre-schoolers can discover the charm of the classic character, Miffy, when the new TV series Miffy's Adventures Big and Small launches on Tiny Pop on 2 October 2015, at 7pm.

Based on the storybooks by Dick Bruna, the new series marks the first time Miffy has been seen in CGI and is comprised of 52, seven minute long episodes which see Miffy and her friends exploring the exciting world around her. Simple narrative and fun songs ensure even the youngest children stay engaged throughout.

Using Dick Bruna’s distinctive palate of bright primary colours and simple shapes, combined with plenty of space around them for a child’s imagination to roam, ‘Miffy’s Adventures Big and Small’ encapsulates the essence of Bruna’s classic books whilst bringing his characters to life on screen. 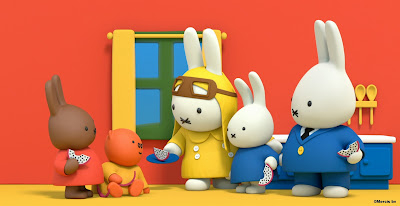 If you'd like a sneak preview take a look at this clip the lovely folks at Tiny Pop have sent me to share with you:

To celebrate the series launch I'm giving away a plush Miffy Sensory toy which is just lovely and suitable for pre-schoolers or slightly older Miffy fans like me. To enter the competition just leave a comment below naming your favourite childhood character (it doesn't have to be Miffy). The winner will be  drawn out of a hat on Monday 5th October and announced on Twitter, Facebook and here. 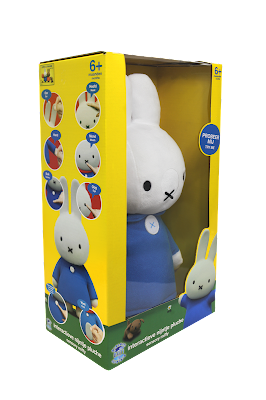 And as if all that wasn't exciting enough you can also join in Miffy's Surprise Party this Friday on Twitter. See you there ? 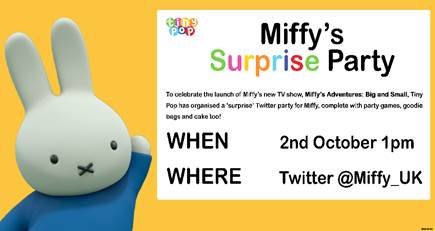 I'm proud to be a #MiffyMum and have been working with Miffy to celebrate her 60th birthday this year.