Do you remember when … ?

It's that time of year when all the programmes are a look back at the last year so I thought in the spirit of that I'd post a few random thoughts about what I can remember of the last 12 months. It's not in any order particularly and I may well leave out something pretty momentous purely as I've forgotten. So here is my year in headlines:

The Write Stuff: In terms of my blogger life I attended two conferences that taught me an amazing amount and where I met some lovely fellow bloggers who I have learned so much from. Special mention goes to Jennifer Jain who has given me some really great advice and help - you are a lovely lady :o)

Music is the food of love: The radio show I do with Hubbie has been great fun to work on and we're thinking of new themes all the time. It's great being able to share an interest that we have and to have something to show for it in the form of podcasts. We really do have great fun and hope to do more shows this year and grow the audience for both His & Hers and my show Are We Nearly There Yet ? 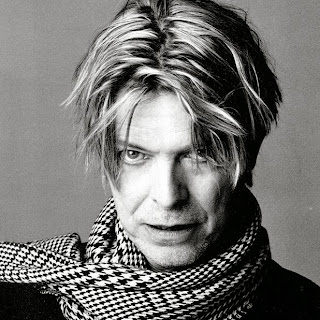 It's never too late: At the beginning of this year David Bowie created a media 'event' when he released a new single on the internet - followed by an album - without any fanfare or publicity. Most of the surprise was because it was assumed he'd semi -retired from music. I absolutely adore Bowie and thought it was a beautiful single. Just goes to show it's never too late to surprise people.

Oh I do like to be beside the seaside: Closer to home this was the first summer that we have attended the Edge of the Sea two day festival in Brighton and left our son with his grandparents for the weekend. It took me a full day to get used to being without him, but I think I could cope with doing it again this year. I hope so as me and Hubbie have plans to go to more gigs in 2014 and even to take the little man to some family friendly festivals.

Thank you for the days: We took the plunge and decided our boy was ready for days out at theme parks this summer too. He loved Paultons Park - the home of Peppa Pig World - so much that we took him twice. Chessington was also a lovely day out that we were lucky to be invited to try as a family. I think Legoland might be on the cards next summer.

Eye eye: In hypochondria corner I found my eyes going funny and thought I might be developing diabetes - I know, it's almost comical isn't it ? Finally I went to get my eyes tested and discovered I need varifocals. Hubbie stifled his hilarity and helpfully suggested we look at the Stannah range. Yes I did give him a hard - if myopic - stare.

Don't believe the hype: Having avoided it for a long time I finally played Candy Crush and did indeed find it to be mildly addictive. I also tried to watch Breaking Bad and just couldn't get into it. I will try again, but if it hasn't gripped me so far it's not looking good. I became hooked on Mad Men and watched a whole series in two weeks on the train journey to work. After again trying to avoid it I gave in and watched one episode of Game of Thrones and that was it, I had to watch them all. My friend who is always ahead on telly trends was delighted as she can now talk to me about it and when I watch an episode I invariably send her a text message declaring, "That Joffrey needs a good kicking." 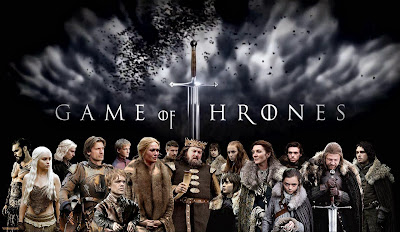 You're a big boy now: This was the year that not only did we manage to get the boy out of nappies, but also graduated from a cot to a big boy bed. I recall everyone telling me that the time passes really quickly when your children are young and it is so true. It seems only days ago that he was a newborn baby sleeping next to me and I carefully took away his blanket to find he was asleep on his front with his limbs all tucked under his body like a cat. It made me smile even in my new parent insomniac state.

Goodbye and farewell: Our lovely neighbour passed away after being ill for a few months. He'd been like another grandparent to our boy and as he grew weaker through illness our boy learned to be gentle and kind with this man who loved seeing our boy grow from a baby to a toddler. It was very sad even though it wasn't entirely unexpected.

In the public eye there were the deaths of two high profile political figures - Thatcher and Mandela. One who I despised with my very being and the other who had a bar at my uni named after him - which I know is hardly unique. I think it's enough to say I didn't know either of them, but the two events were big enough to warrant a mention here.

Stop me if you've heard this one before: And in the dying embers of the year another singer whose name begins with B released an album online to the apparent surprise of everyone. Beyonce caused a stir with this supposed 'never before' phenomenon (oh how forgetful the media are) and the album has been a massive success.

So, it's now almost the end of 2013 and I've decided to start my resolutions early to give myself a fighting chance, but that's a whole other post for the start of 2014.