Some children you never forget 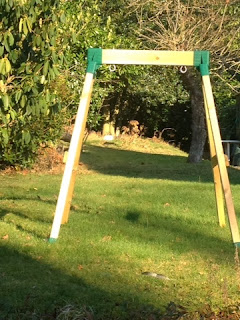 I've been thinking about some very special children recently.

Bobby the Roma child who was in the street one night when a woman I know asked him if he'd eaten and when he said he and his sisters and brothers had no food at home she gave him some money. As she went about her shopping she was aware that he was carefully choosing bread, fruit and milk to feed his family. She came outside to find Bobby waiting there and she asked why he hadn't gone home yet - he held out his hand to her. "I had to give you your change."

The three Romanian children who had seen their youngest sibling killed in an institution from which they were adopted. The family who adopted them decided to have them baptised and after the service they spoke for the first time about what had happened to their brother and disclosed that it had been a member of staff who had been responsible. When they were all in a cab going home to their adoptive family the oldest child told the social worker that they had had a lovely time and to thank the kind people for taking care of them. They thought they were being sent back for speaking up about the murder.

Gaby who was adopted at 18 months and her adopted parents thought she had no memories of the orphanage until they took her to visit the children's centre. As soon as she saw the white tiled floor she began screaming and fitting as she thought it was the orphanage and she was being taken back there. Her parents never took here there again.

The boy who witnessed his entire family being macheted to death by rebels who left him for dead in a pool of his own blood. He was rescued barely alive and now has gouges in his back where they hacked at his body too. He is a humble, quiet young man who bears no malice towards those who left him orphaned and who is making a future for himself without any family at all.

Visiting a refugee camp where children came up to tell us they had been soldiers. They were now going to school and being fed and were no longer given drugs or abused in order to get them to take orders from young men no older than them. A child aged no more than ten who could assemble an automatic weapon in the time it takes to boil a kettle.

The boy who came to school in dirty and smelly clothes and unfed most days. Teachers would bring clothes for him and his siblings to wear and soap for them to wash with at school as well as bringing in food for them to eat - this was before breakfast clubs in schools were in existence.

The three children who we were asked to consider for adoption. Twins under a year old and a sister aged 2 and a half who had learning difficulties. I still lose sleep worrying about whether they were split up in order to find a suitable family for all of them.

All of these children are real. They have all left an impression on me and I still think about them. Not every day, but sometimes the feelings I had when I met them come flooding back. I have met a lot of children whose lives have been difficult. Children who have seen more pain and violence than anyone should ever see. Some make it through and grow to become adults who don't let the pain of their early lives define them. Some don't make it.