When I grow up I want to be Siouxie Sioux

It's Monday morning and I've dropped the boy off at nursery, meditated, practised yoga and planned my radio show for later, so I have time for my "I don't like Mondays" style ponder. 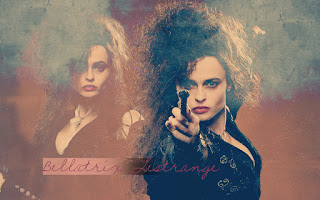 Before I met Hubbie and I was a single girl about town I was less Bridget Jones and more Bellatrix Lestrange - in dress sense and temperament.  I did internet dating at a time when you would rather tell people about your toilet habits than that you met via the internet. It was for about a year and I was pretty honest with my friends about it as I needed them to make my emergency phone calls an hour into the latest foray into the world of meeting strangers who really were the definition of strange.

For example the man who looked like a young Elton John and told me how he attacked his neighbour and practised tai chi on the tube. I popped to the loo, asked my housemate to ring me as a get out - which he did - and then I proceeded to do the best acting of my life to get out of the date. How I ended up giving him a lift to Victoria station is not recorded in history, but suffice it to say if he was weird to have a drink with in a bar then how much worse was it to have him in the much smaller space of my car ?

Then there was the chap I dated who bragged about the value of his sports car, his Breitling watch, etc. etc. and then wondered why he only ever attracted women who were interested in money. He would regularly list the nationalities of all the women he had dated as though he was working through a list or ticking them off on a map of the world. He now lives abroad and posts pictures of himself flying planes and hanging out with what look suspiciously like ladyboys.

Not all the failed relationships started online though, I also met an ex-school mate - many years after we left school - at a friend's 30th. It was a few years later that we actually dated and I had memories of how gorgeous he'd been the last time I saw him so what I failed to see was that he was not at his best at that point. He'd had a massive breakdown and was living with his parents, drinking a lot and was generally not in a good way. He would arrange to meet me and turn up over two hours late and not entirely sober.

Now I know that trashing your exes is the preserve of crazy ladies who admit to knitting jumpers for their room full of cats. It's not classy, but to be honest I've got enough tragic material here for a book that would make less of a misery memoir and more of a desperate dating diatribe. I only really mention these case studies as an example of my credentials in offering advice to friends with relationship woes.

One beautiful yoga teacher friend who I met through her husband was in a toxic situation that I summarised for her was clearly about their physical attraction as they were so different in character. Another lovely friend was drowning in debt, but very much in love. I suggested she might decide whether she could be with him and not hold it against him that she paid for everything. I'm pleased to say they are very happy together. 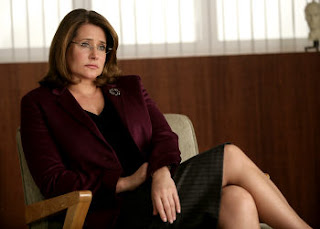 I often wonder if I could be any cop as a counsellor. I did the training a few years back and having had a failed marriage and a chaotic dating history I think I've put in the ground work in person too. If knowledge is best achieved from personal experience then I'm pretty much qualified to be the new Claire Rayner as no one seems to have taken over from her kindly manner and no nonsense advice. I would say that against these pros there is one pretty big con and that is that I have a skin to few for the job. I take things far too personally - it's really a pain - and it's only getting worse as I get older. I'd like to be more like Tony Soprano's shrink. She is the ultimate listener who knows what he does for a living and yet keeps focused on the task at hand and appears not to judge him.

I feature a guest on my radio show every week and they talk about the work they do with passion and enthusiasm. It is inspiring, but also makes me wonder where my true calling or passion in working life lies. When I was younger I was experimental with my hair, clothing and career choices. As the title of this post suggests I had aspirations to become Siouxie Sioux (who shares my birthday by the way) or another colourful strong female. Now I'm pondering what I do in this next phase of my career having had a child, so you may get a few more of these rambling posts as I think aloud about what I should do.

Bear with me please. Unless you're a career counsellor in which case let me know what you think.