Let me tell you about the birds & the birds and the bees & the bees.

To my beloved son,

As I type there is an urgent debate taking place on Twitter, in the Houses of Parliament and on news channels about the free vote taking place on marriage between gay couples. The most interesting part of this for me is how we retread the same old arguments for years and years. In my youth the debate was about 'promoting' homosexuality in schools - in other words acknowledging that some relationships exist outside of the man and woman scenario that was considered the norm. Of course you know that there is no such thing as 'the norm,' there is just who we are and how we live. 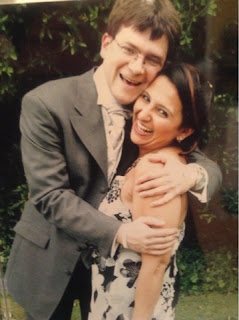 Can you believe there was a time when me and your Dad being married would have caused a similar hoo-ha because we have different coloured skin ? I know, I know, it's ridiculous the things that people think are any of their business.


You are nearly two and a half now and you have no preconceived ideas about the people in your life. I just have a few things that I need you to know and remember as you grow into the amazing man I know you'll be:
Most important of all, to meet someone you love enough to want to marry them is a special gift - not everyone is that lucky.

If anyone tries to stop you from being with the person you love come and get me - I'm nowhere near out of slaps yet.

All my love always,