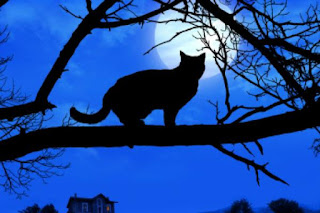 Hallowe'en isn't really a British tradition. Guy Fawkes and bonfire night are, but children dressing up and extorting sweets and / or money from people on their doorsteps is not. Of course the tradition of kids pushing a broken pram around with some old clothes in it and demanding 'penny for the guy' while sucking on the tail end of a Rothmans is the seedier side that I recall from my own upbringing. I'm not against Hallowe'en as such, I just find it unnecessary to celebrate in such an American style.

I have noticed, however, that the obsession with gothic and dark topics is a British tradition dating back to Dracula and Frankenstein. Let's not forget either the Rocky Horror Picture Show and it's cult following and the fan obsession that pre-dates all these modern day imposters.

This reminded me that as a teenager I was a big fan of the vampire chronicles by Anne Rice and then of the TV series Buffy. In recent years we have had the TV show True Blood and then the truly awful teenage obsession with the Twilight series. The latter is like Dawson's Creek with blood sucking. The angsty teenage vampires are so dire it makes me wonder if as a teenager I was as morose and I have to conclude that wearing only black and purple for 15 years is a sign that I probably was. 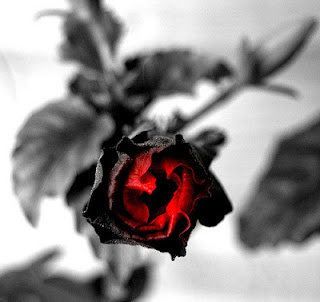 What I can't understand is why we are so fascinated with the idea of the undead or more likely the immortal. In the Buffy series the relationship between her and Angel was a metaphor for sex before marriage leading to the end of the world. On the one hand Joss Whedon writes powerful women characters and on another he seems to have a whole moral issue with teenagers getting involved with demons and vampires - which I guess I can understand on some level.

It does surprise me that with such an interest in blood we still struggle to get young people to donate theirs. I was terrified of needles when I began donating at university and went with my friend Robin to keep me calm. I'm still not a fan of needles, but the process is so fast and the nursing staff are so kind it's a simple procedure. Also, I break my diet and allow myself a treat of biscuits and tea or a forbidden pack of crisps after giving blood. There is nothing better than the post donation biscuit and brew to make it all worthwhile.

I think the Give Blood folks are missing a trick here - maybe doing a big drive on blood donation on Hallowe'en is the way to go. If the number of people dressed in blood soaked costumes and vampire outfits is anything to go by it's got to be worth a try.

If you have never given blood or haven't given for a while go to www.blood.co.uk.

It could save someone's life.

And you can still trick or treat before or after :o)