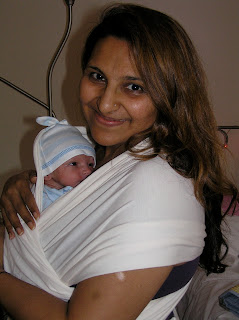 Mothering Monday is what I'm calling today. At the beginning of it there was my early morning playtime with my little boy before he went to nursery for the day. He loves to lie on mine and Hubbie's pillows and pretend he's sleeping to put me off getting him ready for his day, but ultimately it's a bit of fun for us both. It's my special Mummy time with my son and it sets me up for a day without him.

Then I went to visit a friend who I met when she was our NCT teacher and we've stayed in touch. Wendy helps me to feel better about being at home with my son and not 'doing a job.' It's from her that I've grown to believe that loving my son and wanting to be with him is not a weakness on my part. We also spoke about the phenomenon of the 'Tiger Mama' which there was a big fuss about a while back. The very idea that a parent might push and direct their children rather than take a laissez faire attitude to their education and socialisation was considered radical and controversial when Amy Chua's book was published last year. I grew up in an Indian household where it was expected that we do well at school, but my parents had neither the time nor the money to hothouse us. Instead they took an approach where they trusted the school to direct our learning and made sure we felt bad if we weren't doing well. It wasn't hardcore, but a hard stare from either of my parents is a pretty strong deterrent.

On my show today I referred to me and my guest Sarah Milne as part of the "Mummy Mafia' of presenters on Croydon Radio who present shows during the day covering topics of interest to us and similar families. The main part of my interview with Sarah was about an appeal that she has launched through the charity Williams Wishes which is named after her son who received an organ transplant a few years ago. The appeal is to enable families who will be spending Christmas in the children's ward of Croydon University Hospital to have a nice day by providing them with some christmas treats to have in the hospital environment. When my sisters were young children they often spent the weeks leading up to Christmas in hospital so I know how hard it can be to make plans for a family day when you don't know if all of you will be at home. A child being ill causes distress to all the family anyway and if that child has an ongoing condition or a range of illnesses it can become all you think of. William's Wishes offers children the opportunity to ask for a wish during their illness and to have something special. The charity also supports siblings and family members as it can be anyone in the family who needs cheering up. 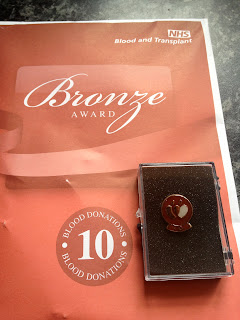 We also spoke about the importance of organ donation and how three people die every day while waiting for a donated organ. I carry a donor card and have done for over 20 years. I have discussed this with my family and have asked that in the event they respect my wishes and agree to donate quickly to ensure as many people as possible can benefit. My parents did not want to discuss it, but I reassured them that as they would be asked to make the decision (at the time I wasn't with Hubbie) it was important that they be brave. No parent wants to think about their child dying so it was a tough concept for them to come to terms with, but I think they realised I was only asking so they didn't feel ambushed if it did happen. It amazes me that the national average for being registered to donate is only 31% and in my local area it is half the national average. Once you're gone it isn't going to benefit you to keep your organs and they could save more than one person's life. In the same way that I am passionate about giving blood I also believe it's something we should all give serious consideration to. I used to joke that no one would want my eyes as they don't work properly, but actually if they can be of use to someone who am I to say they can't be reused. After all it's the ultimate adherence to the Green mantra to reuse and recycle isn't it ?

Finally we spoke about her charity record 96th Son which is available on itunes and the profits from which are going to the Hillsborough campaign. The song was written in response to the recent report that found that what the families of victims have been saying for 23 years was in fact true and that their loved ones had died when some of them might have been saved. I spoke with Sarah off air about how I had always heard people say being a Mum opens you up to a different set of emotional responses. I didn't really understand that as I always believed I was capable of empathy, understanding, love and caring, but once I had my son I was overwhelmed by what I called the 'lioness mama' response which for me was to defend him against anyone and anything that could possibly hurt a single hair on his head. I simply cannot imagine how a parent who hears that their child died when they could have been saved must feel or how they process that loss.

So I'm asking that you consider the following in the run up to the Christmas season.
An advent wish if you will:

* Donate to: www.williamswishes.com - the Christmas appeal target is £500 and any amount will help

* Register as an organ donor at http://www.organdonation.nhs.uk/ukt/

* Give blood: http://www.giveblood.co.uk/ - stocks run very low in the winter months, but the need for donated blood does not reduce

* Listen to my show so you can hear a few cracking tunes and some interesting topics of conversation: www.croydonradio.podcast. You don't have to be a Mum to listen, I promise !