My secret life as the Easter Bunny

We don't celebrate Easter as such, we're not Christians so it isn't a religous thing for us at all. However, it does often coincide with the Sikh celebration of Vasaikhi which marks the formation of the Sikh faith. So in that sense we do make a big deal of it.

On the last day of term I organised an Easter egg hunt for all the children in Brown Bear's class with all the mums kindly donating chocolate for the goody bags and controlled chaos while the kids searched for the plastic eggs that were hidden all over the pub garden. It was great fun and they all enjoyed it very much.

Last week I took the bears to Bromley and we went for a nice lunch, played in a fantastic playground in the sunshine and took part in an Easter hunt to find the bunnies hidden in shop windows. It was quite a walk to find them all, but the boys loved it and at the end they got a chocolate egg for their trouble. "Can we eat it now ?" asked Brown Bear, and I said they could as they'd been so good.


The next day I took them to Ikea for yet another egg hunt which again was a bit of a trek, with Brown Bear writing down all the answers on his sheet and at the end the boys both got an ice cream cone.

Tonight I've been sorting all the eggs and gifts the boys have been given into separate bags and am astonished at how much they have been given. Our lovely generous families and neighbours have all given them Easter gifts in addition to our own presents for them. Every year we have an egg hunt at home and I hide lots of small eggs around the garden with a big egg at the end. This year they will already have got so much chocolate I'm not sure they can handle any more.

Tomorrow we're surprising the boys and going to a steam railway with another Easter egg hunt. It's the perfect combination of steam trains and chocolate, I can't imagine anything my boys would love more.

Ok, so none of these are especially traditional activities, but they all involve an element of searching for clues, writing things down and a treat at the end. I mention this because rather than just handing them a chocolate or an ice cream - which of course I could do - they are doing something to 'earn' it, working something out or finding things. They get a sense of achievement from taking part and are rewarded with a treat at the end.


Do I spoil my children ? Yes of course I do. It makes up for all the times that I feel incompetent, useless or think I've been overly hard on them.  It's my job to raise my children to be kind, thoughtful, helpful people. It's also my pleasure to make them smile and laugh. To give them the pure joy of having a chocolate or a sweet just because and for them to enjoy it guilt free. I write them notes from the Tooth Fairy, leave them little traces to indicate that Father Christmas has been and pop little secret notes where they can find them from me just to tell them I love them.

Now I have to hide chocolate in the garden and leave clues from the Easter Bunny - shh don't tell anyone. 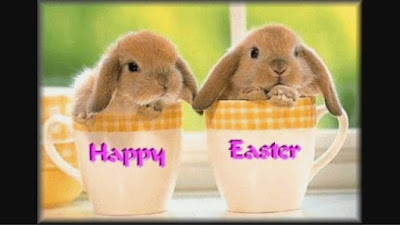