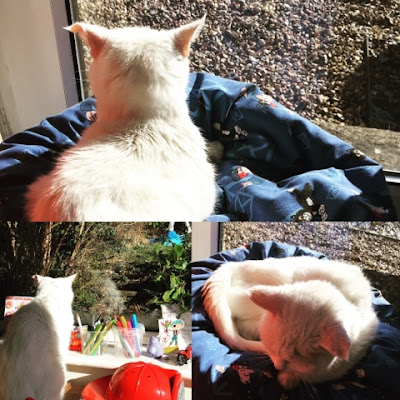 The other night Brown Bear came into our bedroom in the early hours crying because he'd had a bad dream. In the morning when he woke up next to me he explained that in his dream Neo had run away and we couldn't find him and it was the worst thing that had ever happened because he loves Neo so much. They do have a special bond my boy and my cat. 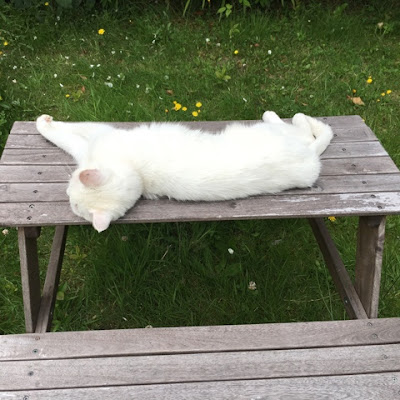 When we were childless and desperate Neo was our much loved boy and we lavished him with the attention and fuss that we wanted to give to children. Then when I was pregnant Neo was so protective of me and the bump. I'd come home from work and put up my swollen feet and he'd lie on my bump and protect the baby. I'm sure that the purring must have been heard inside and one day the baby gave a big kick and Neo looked horrified. 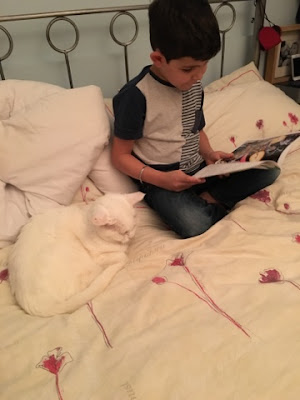 Once the baby was here Neo was careful not to get too close, but also used to check on him before going to bed. He'd go into the room to look into the cot and see if he was asleep before settling down himself. As Neo negotiated the difficult toddler years with tail pulling, shouting, running around and generally being loud and annoying he then enjoyed a calmer period when he could lie on Brown Bear's bed with him and they would go to sleep together. He also trained the boys to give him biscuits so his motives aren't entirely altruistic. 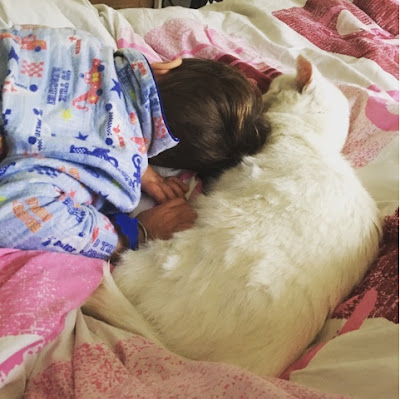 Blue Bear was a whole other proposition as he came to us older so Neo didn't get to see him grow from a baby. He's getting the boy into his ways now, but he's still a bit unpredicable, noisy and doesn't sit still as much as Brown Bear. It is a cause of great consternation to Blue Bear that after school Neo will head for Brown Bear's lap and not his. His older brother is teaching him how to be kind and careful with our old man cat, but he's often too excited to listen. 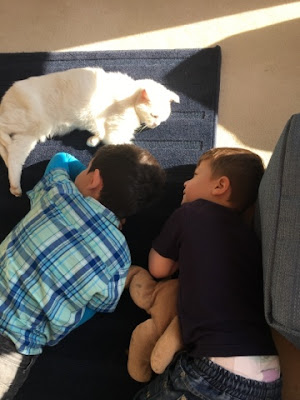 It was 9 years ago today that Neo came to live with us. We brought him home from Battersea cats and dogs home in a basket I'd bought from the PDSA and he got so many compliments on the train ride home from passengers cooing about how beautiful he is. He still get lots of attention for his good looks. 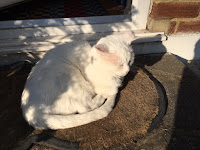 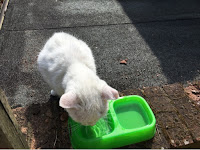 Since Neo joined our family we've had a baby, moved house, adopted a toddler and he's taken it all in his stride. I can completely understand why Brown Bear was so upset about his dream. As Neo gets older he isn't quite as nimble getting up the stairs or seems reluctant to jump without a long think about whether he can make the height. He still loves the sun and on a sunny day you will find him in the sunniest spot in the garden.

Neo is the best. 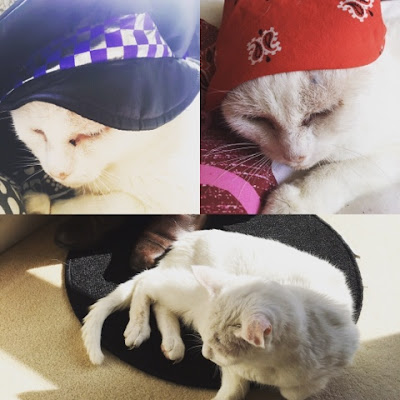