It's not about you

When anyone asks me about adoption it's usually about why we chose to do it, how hard was it for us, is it what we had expected. I understand why these are the questions that get asked, but what I want to say to anyone who is thinking about adoption is pretty simple. "It's not about you." I'm sorry to be blunt, but that is the honest truth. When it comes to a child being placed with a family it's entirely about what is best for the child. Whether your home is the most suited to them, your family equipped to manage whatever challenges they may bring. The process is to ensure that the child's needs will be met by you. It's not about you choosing a child who 'fits' with you.

As friends of ours are in the process of meeting their new child and getting to know her I thought I'd share some of the things that we've learned in getting to know Blue Bear.

Even though we have a son already we don't compare the two boys and at what age they do things.

We are taking it at his pace and listen when he tells us he's not ready. Then we work with him on what he can do.

Allowing him to tell us when he feels he wants to try means he doesn't feel frustrated or like a failure.

We encourage him to help feed Neo. In return Neo lies with him and keeps him company sometimes. They are learning to care for each other and have become great friends

Nurturing his love of animals both at home and when we are away. He has learned to be kind, caring and gentle with animals.

Trust - in everything. It's a lot to ask of a small child to trust you when he doesn't know you, but with time it does come.

Trying new foods and finding out which ones he doesn't like has been a learning experience. His firsts aren't always successful, but that's ok.

Repeating things he likes. From parks he likes, to programmes he loves and foods he enjoys. 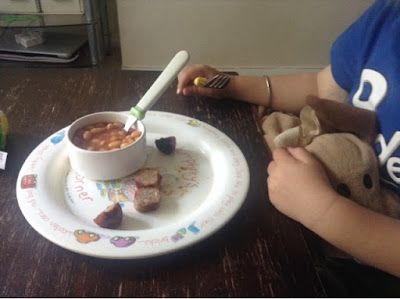 The basics are pretty universal though. The stuff you know about parenting, but that can seem so loaded and difficult with a child who is new and not entirely sure about you. Before you really feel like his family to him.

Being there when he cries at night. Every time, even when it seems it won't ever stop. He still needs to know that someone is there.

Hugging him. At first he didn't want to be hugged and didn't hug back either. Again, it takes time and it's something he loves to do now.

Putting on a plaster. Maybe there is nothing there, but the simple act of doing this shows we notice he's hurt and that we care.

Holding his hand. His tiny little hand - and knowing when to let it go.

Letting him try things - mostly because his big brother is doing them - all the while keeping him safe.

Letting him be angry. Even when it's hard to witness and even harder to be on the receiving end.

Not taking things personally. This is big. It isn't easy and as he gets older I suspect this is one I'll have to engrave somewhere so I don't forget it. 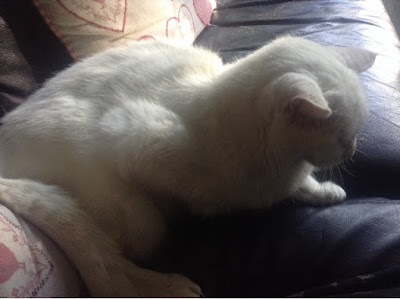 Showing him how to love (and be loved). By us, by his brother, by Neo by our parents.

After all that's what it comes down to isn't it ?