A year of love, laughter and memories

A year ago today was a very special day for my family. I took the phone call that told me the judge had formalised the adoption and Blue Bear was officially part of the family. I called Hubbie to tell him the news. Brown Bear was at school and Blue Bear was at nursery so I pretty much got on with my day. Then we waited to be invited for the celebration day. 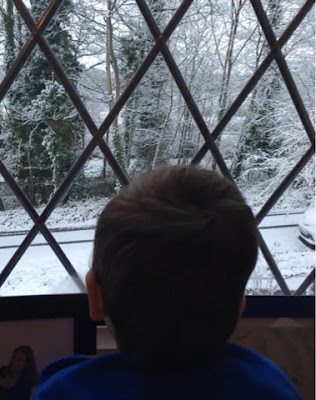 The sun came out that morning and it was beautiful. We all got dressed in nice clothes and travelled to meet Nanny, Granny and my sister at the court. The boys played in the sunshine and when they spotted the social workers they ran over for big hugs. Once we were all there we went in and were led to the court room to wait for the judge, who came in and congratulated me and Hubbie. She gave Blue Bear a teddy and us a certificate. We all posed for photos and it was done. We thanked the social workers for joining us, cut a cake and everyone hugged the newest family member.

Since Blue Bear came to live with us we've known he was meant to be in this family. He loves his brother. He adores his aunties and uncles and he's best friends with Neo. He's experienced so many new things with us too:

His first snow day. Making footsteps in the deep snow and building a snowman with Daddy. When he looked out of the window and saw it had melted he burst into tears. Having watched Brown Bear on his scooter Blue Bear has been desperate to learn how to ride one too. We took him to a local park recently and he finally worked up the courage to give it a go and he loved it. 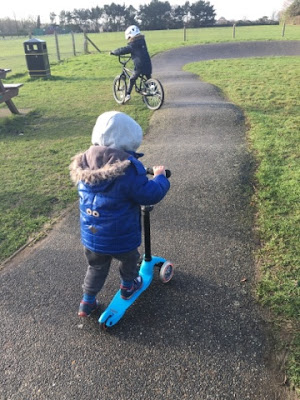 Like a lot of 3 year olds Blue Bear loves anything to do with pirates so it was heartwarming to see him having a swashbuckling adventure with Neo. Every pirate captain should have a cat first mate on board. 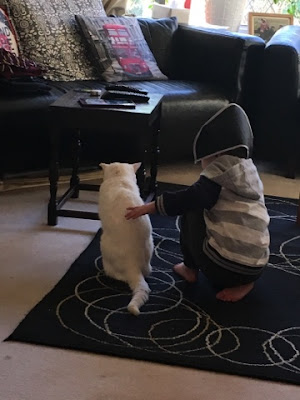 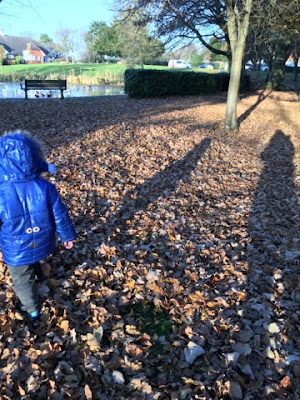 Both boys love dressing up to play and Blue Bear especially enjoyed being a dinosaur / dragon. He's pretty ferocious isn't he ? 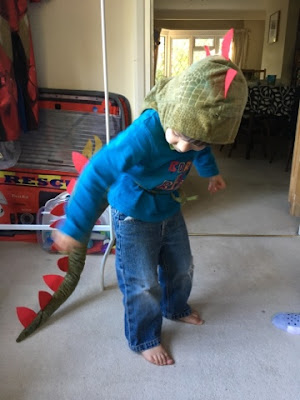 Taking a leaf out of his older brother's book he decided to relax with the tablet. I'm not sure why he's watching a tractor though. 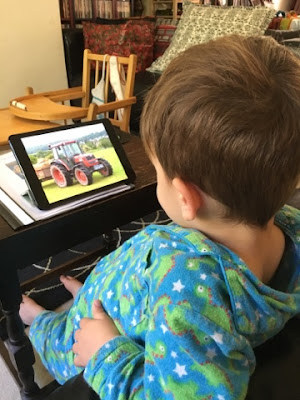 We drive past the fire station every day on the way to nursery and he always counts them to see if any have gone out. We were out walking one day and just happened to spot this engine and he was delighted. Nothing beats a surprise fire engine ! 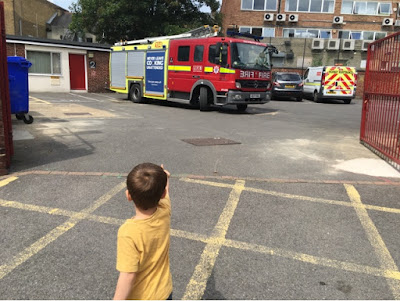 We love Cornwall and it is so wonderful to take him to the beach and see him running around enjoying the sand, the sea and the ice cream. 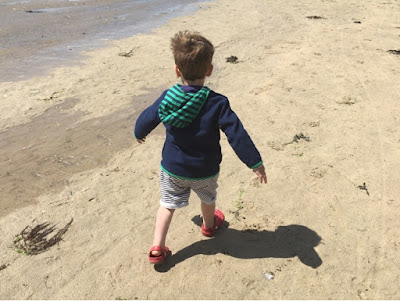 I remember the first time he stood at the door when Hubbie was leaving for work and he said, "Bye Daddy. Later. Love oo." I laughed and my heart melted.

Not all firsts have been successful. He tried broccoli, but decided that it's not for him really. We attempted to get him to put his face in the water at swimming and he was adamant that it just wasn't going to happen. He's taken to stamping his foot down and saying, "NO !" which is new and not entirely welcome.

When the boys have gone to bed I go to check on them and silently watch them sleeping. Brown Bear surrounded by bears so I almost can't see him. Blue Bear lying on his back with his mouth open. I kiss them both and whisper, "I love you." Brown Bear smiles in his sleep, and sometimes Blue Bear sleepily replies, "love oo Mummy."

We might not have been his first family, but we are his forever family. He belongs with us and we belong to him.