It wasn't as though I was forced into becoming a stay at home parent. It was my choice and one that I made freely and with some joy at the idea that I'd be at home with my beloved baby every day. I had been working for almost 25 years by the time Big Boy came along and quite frankly was looking forward to the break. Ha, how little I knew.

From the very beginning I had no idea how difficult it would be to be able to have a shower or feed myself while caring for this tiny bundle. That all my attention and - it seemed - all of my brain capacity was held in his tiny fists. The idea of leaving him unattended for even a minute was unthinkable so I decided to shower at night so that when Hubbie left for work I could concentrate on the baby. Instead of resting when he slept I'd tidy and clean the house or try to catch up with the things I thought I needed to do, like washing or cooking. On one memorable occasion I came back from the shops and had to park uphill from our house and was standing at the top of many steps trying to work out how to carry the car seat and 3 bags of shopping at the same time. When I got home there was a space right outside the house which hadn't been there earlier - rats !! My Mum asked me later why I hadn't just left the shopping in the car and brought the baby home and I waffled something about having food for the fridge.

I made things so difficult for myself in those early days. When anyone visited I'd make them tea and fuss around instead of sitting back and letting them take care of me. I craved adult company, but when I had it I just felt useless for not having anything to talk about other than baby stuff to share. It took a long time before I realised that I would never have a conversation that didn't involve my children ever again. I wanted to be interesting and charming company, but I'd roll up in whatever was clean, sleep deprived and constantly checking the time to ensure I wasn't going to miss being home for some precious milestone. Or if the baby was with me wanting to stick rigidly to his routine in favour of actually enjoying the company of my friends.

As Big Boy stopped being a baby and went on to become a toddler I started to see light at the end of the tunnel. He was speaking and walking and eating proper food and all these things made him more portable. We could go for day trips once he dropped his afternoon nap so I'd take him to the London Transport Museum or we could go and visit friends and have play dates. I didn't do this much though and it was telling when he did see other children as he wasn't keen to share anything or have other children in his house touching his toys. 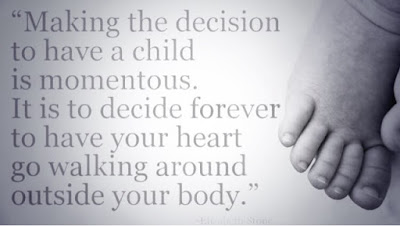 Then Baby Boy came along and all that new found independence - including a return to work that was only a few months in - was gone again. I was thrown into being at home with a child who barely knew me and who needed a lot of attention and care, but who didn't really want it from me. I was stunned. Exhausted. Hurt. For a while I tried to keep going with part time work and shared parenting with Hubbie, but ultimately I needed to make a clean break from work. It was more important that I commit to being with this young boy who was trying to make sense of these huge changes in his life. A new family, a new home, a big brother, a pet cat and so much more.  As well as this there was also the adjustment that Big Boy had to make to being a Big Brother and no longer an only child / grandchild / nephew. It was challenging for all of us.

It hasn't been easy. It's taken a lot of energy and hope and gritted teeth to get this far. I am now as full time Mum as I will ever be. While I would walk Big Boy to Gymboree every day for something to do it was more about me seeking support and help that about the experience he was having. I hated parks and soft play, but I took him. With Baby Boy we go to playgroups that I like where I know he's having fun and where I feel relaxed. We go to the park that is opposite Waitrose and he plays while I sip my free tea. I take him swimming and accept that this is all about his pace and when he's ready. I don't take him to rhyme time because he won't sit still and it's not my idea of fun to chase him around and lift him up when he's trying to wriggle away from me.

In short I think I'm getting the idea of how to do this stay at home parent thing. That it's not about substituting my work self for my parent self. I am complete in whatever I'm doing. If I'm helping at playgroup that's something I can do with pride. If I don't like a playgroup I don't have to keep going. I only go to the shops where the staff are nice to me and my kids - they even ask after the boys if I go without them.

It's taken me 5 years to figure out how to make this experience work for me and my sons. I wish it hadn't taken so long, but at least I'm here now.