Immediately after Britmums Live last year I did two things (ok if you count raiding the enormous goodie bag we got then I did three, but I digress as usual) Firstly, I wrote a blog post about the two day conference and how much fun I had and then I went online and booked a ticket for this year. I decided then and there that it had to be a staple part of my blog life to attend so I can categorically state that I will be going to Britmums Live in two weeks - YAY !!!

The first conference I went to I was a newbie so it was just all so overwhelming to me. I panicked about what to wear, what to bring and if I'd have anyone to talk to. It was all fine and I came back armed with a head spinning with ideas about self-hosting, frequency of posting, social media presence and basically it ramped up my blogging life from snail's pace to the speed of a family cat - not mine, he's practically immobile most days.

Now when I attend a conference I try to focus on one thing instead of taking a scattergun approach to which sessions to attend.  The last conference I went to I was thinking about what I need to do to raise the profile of my blog and my writing generally and the sessions I went to all supported this aim. On the train home I made pages of notes with actions that I'm still working my way through.

I haven't decided what my theme is for Britmums this year as there are so many brilliant sessions planned, but it will probably be photography and how my blog looks. I love taking photos and have just started making videos so I'd like to learn more about how to do this better. I'll be bringing an iPad mini with me to make notes, record important information and to take pics of other peoples' fab outfits. Talking of which...

No more sartorial panic for me this year. I booked a personal styling session with John Lewis at the swanky Peter Jones store in Sloane Square so I don't look as baggy and 'Mumsy' as I did last year. I got some great ideas and a wish list of frocks I cannot afford, but it also gave me a bit of a boost to try on clothes that I wouldn't feel confident wearing usually. The lovely Yvonne brought me some proper classy frocks to try on and I even looked slim in some of them !! I will need persuading to move away from my original plans of what to wear though. My idea was to wear a Debbie Harry photo print dress on Friday because it's baggy and sort of ok for the evening do and a Ramones t-shirt and slim fit jeans on the Saturday as it's casual and funky and me and Sonya Cisco can be Indie/Punk matrons together :)

This is the first year I've really thought about sponsorship and have been lucky enough to agree a sponsorship with an amazing company that works with pre-school children. Totstars run sports classes for pre-schoolers including, football, tennis and basketball with coaches who are fun, enthusiastic and great with children of all levels from shy to outgoing. My boy loves them and started at 20 months. He's grown so much and being in classes helped develop his confidence, his language and - of course - his hand eye co-ordination and ball skills. I'm delighted to represent a brand that has great values promoting positive actions, activity, healthy eating and having fun. I'll be writing about Totstars in a specific post, but for now I'd like to thank Coach Thuli :) 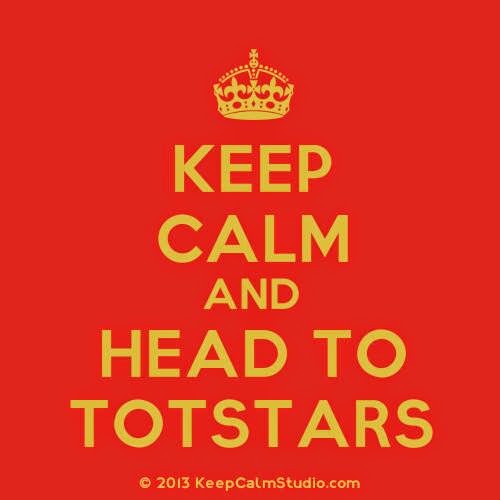 Stop Press: I've been invited to be a keynote speaker - eek !! I've done a lot of public speaking before, but never to peers like this and certainly not to a room of women who I feel like I know really well. If it's anything like last year it's also going to be filmed and streamed so my boy and Hubbie can watch it - hopefully live. Gulp !! I'd better wear something nice.