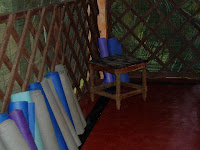 During my January sorting binge I was going through some under bed boxes and bags. This is why we used to have divans - at least you can't see stuff when it's in drawers under your bed. All I need is a horse called Hercules and the comparison with Steptoe's yard under my bed will be complete. I haven't even started on the paperwork in the spare room - which is the task I keep putting off hence it still needs doing 15 months after we moved into this house.

The reason it takes so long to do any sorting  is that I am:

a) a compulsive hoarder. I mean total rubbish stuff like the place names from weddings we've been to, the ribbons from Christmas crackers and even the crappy gifts you get inside crackers. I see you shaking your head there and before you tut as well, the reason is because I have a lovely advent calendar for both son and Hubbie with pockets so those little silly gifts are just the right size to fill them with.

b) very easily distracted - one minute I'm sorting papers then I'm reading a diary from 24 years ago (more of which later), then I'm wondering what happened to the people I knew and googling them to see what they're doing now. Then I spot that someone has looked at my LinkedIn page from a company I applied to work for and I realise that my profile needs to be updated and so it goes on.

c) obsessive compulsive, so tidying a shelf becomes cleaning it then tightening the screw that holds it together and relocating the whole until to another wall so I can have a bit more space. Then I find the floor underneath needs vacuuming and so it all begins again... 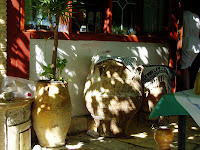 What with all this nonsense and finding an old diary I wasn't destined to get anywhere with the clearout plans so I just settled down to read what my 19-20 year old self had written. Surprisingly I couldn't remember the details despite remembering almost everyone mentioned - apart from Bella, sorry whoever you are I have no clue who you were in my life back then. I do remember being completely infatuated with a particular guy, but not how it panned out. In my head it was terribly tragic and he rejected me for not putting out (I wasn't that sort of girl) whereas actually it sounds like we had a very sweet courtship dance which ultimately came to nowt.

Then there was the chap who was a complete tool and in my memory he takes up no space at all, but he covers a fair few pages in wasted calls and pining. He was also more callous than I realised. When I saw him years later and I was in jogging bottoms and wearing glasses at the petrol station (I know - sexy right ?) I was civil, but didn't smack his stupid face with the petrol hose as I clearly should have done from reading what he did.

It's amazing how much time I devoted to documenting my non-existent love life. I was crippled by my hormonal desires being tempered by my massive guilt as I knew my parents would be apoplectic if I had a boyfriend. I didn't dare do anything beyond be friends with men / boys so I developed some wonderful friendships, foregoing the possibility of it becoming anything more as it would cause friction at home. As a result the pages are filled with pessimism and drama that belie my belated adolescence. 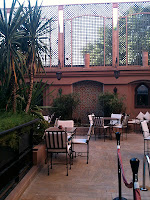 The best thing about finding that book, though, was that I can see how much I've learned and how far I've come since then. If I'd tidied up and thrown that book out I'd have no idea who I was back then. Instead I am feeling kindly toward that young woman and am optimistic for her as I know she meets and marries a fabulous man, goes on to have a gorgeous little boy and has great friends including some of the wonderful men she met back then.

If I met her now I'd also tell her to calm down, be nicer to herself and to reconsider that final year decision to wear glasses in order to improve her grades. It was a dead loss and the photos aren't flattering.

Now, back to the sorting out...

Email ThisBlogThis!Share to TwitterShare to FacebookShare to Pinterest
Labels: my boy, Uni