If you follow me on facebook or twitter you will already know that I've succumbed to January madness. Having kept my head together during the snow chaos and toddler tantrums it would appear my sanity has finally ducked out the back door while I was otherwise occupied. Yesterday morning I was searching for my keys (which is a daily activity since I started locking the front door at night) and having been to all the usual locations I finally noticed the "clink clink" coming from the spinning drum of the washing machine. I looked at my son, he looked at me and then we both took a deep breath as I stopped the machine mid-cycle to retrieve them. 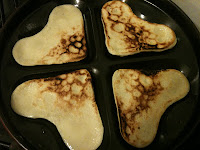 Despite this sounding like a desperate cry for help I am glad it's come at the end of January as for some people it's been like that all the way through. Thankfully for all of us we can now look forward to the days being light for longer, the impending half term holiday and the delights of Shrove Tuesday and Valentine's Day. So as it's the last day of January I thought I'd take this opportunity to revisit my resolutions and update you on how they are going so far.

Making time to read - I'm going great guns with this one having already finished more books in January than I did in the whole of last year. Bearing in mind I used to be able to finish a book a week when I was commuting it's been a readjustment to only reading a few pages a day, but at least I am reading again so that's good. Of course it helps that the books I got for Christmas were by the likes of  Danny Baker and Caitlin Moran - I have decided that if I'm struggling to want to read a book then it's just not worth the effort.

Trying a new sporting activity - Until a few weeks ago I thought Kettlebell was the whistling sound coming from mother in-law's kettle when it makes a whistling sound as the water comes to the boil. Then I went to a free trial of kettlercise a few weeks ago. It is good old fashioned hard work using weights and performing a series of exercises to thumping music - I loved it !! Combined with the five week boot camp I'm currently doing I am definitely getting fitter. I spent last Sunday at lunch with the in-laws pulling my jeans up constantly - cursing the quality of tailoring these days. The next day I dug out a smaller pair of jeans and managed to get into them comfortably so it would appear that the hard work is having the desired effect - hurrah !

Go to the cinema once a month - Well if I go tonight I can still get this one in under the wire, but it is pretty unlikely. So let's just say that I have two willing movie buddies now (thank you Sarah and Vicky). Having Sky movies and on demand has meant I've been watching films at home and have caught up with the Harry Potter series having lost track of the plot a few years ago. Of course watching them in the wrong order isn't helping, but finding a 2.5 hour child-free space to watch a movie has been a feat in itself.

Cook a meal from one of my many recipe books - Ok this one I confess is still a work in progress. I've been consulting the books, but haven't actually made anything yet. I did enter a competition with a family favourite recipe (see previous posts), but haven't ventured too far from the usual menu that's scribbled onto a sticky note on the fridge. I have seen some lovely meal ideas in the latest Waitrose magazine so I'll be trying those for Chinese New Year. I will report back on how the crispy tofu pancakes turn out. 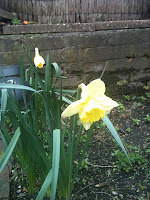 Well, I guess it's farewell January.

Here's to a fun-packed February !