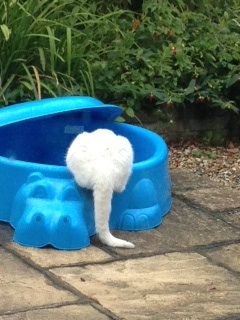 Of course the big story this week was the news of a royal pregnancy announced before the traditional 'safe window' of 12 weeks. It became public because the family knew that there would be speculation about Katherine being admitted to hospital. This made me think about the superstition of waiting for the end of the first trimester before telling people. There are exceptions to this rule (family, nosy people, the ones who have to know) and some famous folks can't stop themselves telling everyone early on, but most people I know wait. This idea of 'not jinxing it' doesn't stop things happening, but it is the idea that once you've passed this 'safe' date things are less likely to go wrong and if they do it's more 'real.'

Other baby related superstitions I found out when I was pregnant with my son included the one that says you can't have a pram in the house before the baby is born. In my family this extends to anything for the baby which makes planning and shopping in advance really difficult. We got special dispensation from my Mum to have some baby things otherwise our son would have spent his first 24 hours naked and with no means to travel home.

My family have some odd superstitions that I can't explain with any certainty - all I can admit is that I continue to follow them even though no one is checking.

Washing (clothes and hair) cannot be done on a Thursday. I used to avoid Tuesday as well and some Indian families include Saturdays in the ruling, but I have no idea why. I mostly observe the rule for Thursday, except when my son has vomited all over his sheets and clothes on a Wednesday night and I'm afraid needs must.

Another household chores related ruling is the no hoovering after dark. This may be a common sense reason like you can't see the dirt so well, but I suspect it's far more voodoo than that.

One my Naniji told me that is pretty specialist is you can't store a handbrush handle side down against a wall. the long sweeping brushes they use to clean houses in India don't stand that well so it may be a common sense one again or it might be something to do with dirty side facing down.

My Dad is adamant about this one - if you sneeze as someone is leaving the house they have to come back home and wait a few minutes before they can leave. He is also deadly serious about not calling someone by name as they are leaving and properly loses his temper if you do this to him. 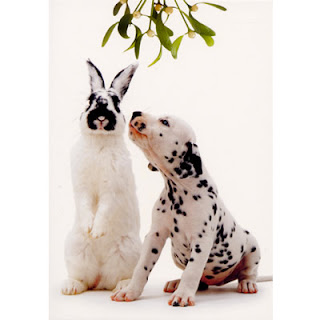 Most people know the superstition about magpies and living as I do on a road with so many trees we see magpies pretty much every day. I still don't know if you can add up the ones you see consecutively or if you have to start counting again each time you see them. If it's the latter my day can go something like: Joy - sorrow - letter - joy - girl - sorrow - kiss - boy - joy.

I once bumped into a lad from school holding his collar and he told me he'd just seen a hearse and he had to hold his collar until he saw a cat or something. I don't do this one, but I still remember it.

My point is don't tell me a superstition - I have enough of them to worry about already and frankly they take up far too much room in my brain.