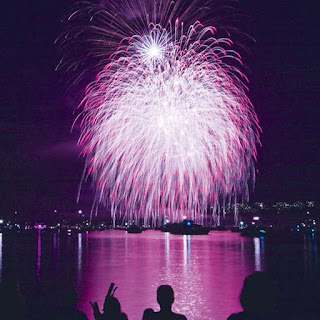 If you'd told me at the start of this year that at the end of it I'd have a weekly radio show of my own I'd have looked at you sideways and smiled kindly. I'd also have been amazed if you'd told me that the most toxic female journalist of modern times would refer to this blog in a column following the fab Mumsnet blogfest event.

So it's with this in mind that I am starting 2013 in a novel way. I won't be detoxing or giving up anything on Jan 1st. Not because I have a perfect life or I am as good as I think I can be, but because I'm coming at this resolutions thing from a different perspective for a change. Instead of stopping doing something I'm going to concentrate on doing more of things I want to do better. By doing that I hope that I will spend less energy and time on the things that I don't need or want.

So, in no particular order:

I am going to make time to read. I was given so many great books for Christmas and I still haven't read the ones I got last year. I'm sure it's possible for me to make time in my day to read a little bit - although this might mean watching less Hawaii 5-0.

I'll be trying new sporting activities that I haven't done before. I've been doing the same exercise classes for almost 4 years now and while they are fun it's a routine for me and I attend because I feel guilty if I don't. That's not a good reason. I used to play softball and scuba dive and ski -  what happened to that action chick ? Oh yes I am a middle-aged Mum now, but that's no excuse is it ?

At least once a month I will go to the cinema and watch a movie - this may entail finding a movie buddie or I could go along on an afternoon when my boy is at nursery. This is all thanks to Hubbie being super generous and getting Sky movies so I can see films at home, but let's be honest sitting in a dark room at home isn't the same if you haven't overpaid for the popcorn.

I'm going to cook at least one recipe from each cookbook I own - and no, not just the baking ones !! Kind people have given me some great books full of recipes which I look at and go "ooh aah," but I haven't actually followed any of them yet.  My aim is to make a seasonal Slater stew, some gorgeous Gok gyoza and anything from the achingly beautiful Lilli Vanilli baking book I won from a fellow blogger. I hope to find some interesting new meals and to use ingredients I haven't tried to cook with before. I will, of course, share how this goes with you for good or ill (preferably not getting ill !)

I'm sure I'll think of other things as time goes on, but these are a pretty manageable start I think. They are already better than my original list which was:


To be able to afford to use Aveda shampoo and conditioner
To have someone to do my hair for me at home
Have a personal trainer to get my backside to exercise when I want to sit on the sofa watching Hawaii 5-0
The beloved Kitchenaid mixer which I really want to own, but I can't justify the cost of
To be able to travel first class - anywhere

I realised that all of these were materialistic and made me sound like I want to be Madonna - which I used to when she was all cool and wore rubber bangles and lace in her hair, but not so much now.

Thanks for reading my blog and for listening to my show. If you haven't yet tune in at 1pm today or you can podcast it later. 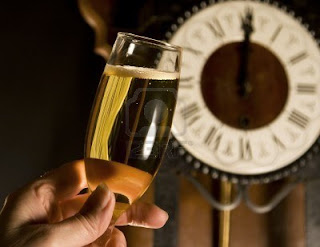