As I type Hubbie is in the kitchen listening to the radio which usually veers only a few steps from Radio 4 to BBC London. It is currently on a station called Garbage Panda which has to be the best name for a music station - or indeed anything - that I have heard in a long time. My attention was drawn by the music being played which really caught my ear and apparently it's remit is rockabilly and an assortment of other sounds.

They're not the usual tunes we play at home (with Hubbie being a Fall fan and my adoration of Prince we don't often play music together anyway), but music is an enormous part of our lives. Hubbie plays guitar and I've been known to dabble in drums, saxaphone and tenor recorder over the years. We've been singing to our son since before he was born so he enjoys music - most little ones do as far as I can tell - and he does love to bop around. 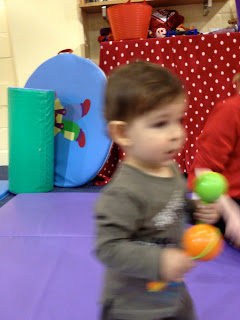 Music is so intrinsic to my life that I cannot imagine anyone not being interested in it or having a passion for certain songs or tunes. I met a man once who told me he really wasn't into music and I was floored. I had assumed (wrongly) that being from Ireland he'd have grown up surrounded by music and therefore would love it, but no he had no favourite music or interest in it at all.

My parents playing Indian music and my Mum singing when she thought no one was listening still form the most potent of my childhood memories. There are songs from films that are evocative of a particular time and place and the haunting soundtrack of Pakeeza makes me shudder as I recall my Dad telling me the beautiful lead actress died during the filming so a lot of the shots are of her body double.

When I hear the Wannadies You and Me Song I think of my wedding day and our first dance. It wasn't a great choice to dance to wearing a sari, but still it made us happy and no one was really paying any attention to us mucking around up on the makeshift stage anyway.

The opening bars of the Smiths How Soon is Now remind me of Digbeth Institute in Birmingham. Ok, bear with me on this. When I was at uni me and Neil went to see Jesus Jones and they were supported by Soho - twins whose only hit song (Hippychick) began with those very opening bars. They sort of disappeared pretty soon after that (as did Jesus Jones to be honest).

It's also where we saw Killing Joke - possibly my favourite band of all time. Their song Love Like Blood actually makes me tingle when I hear it. It's a powerful and resounding anthem from a highly political band. I was so pleased to get a ticket to see them a few years ago so when the gig was rescheduled for two weeks after my son was born I was gutted to miss seeing them again.

I could go on about politics and music (not in a Red Wedge sense you understand) but I will just mention the La's There She Goes which was played in the Student Union at my Uni the day Margaret Thatcher resigned. Even now I associate that song with a happy, happy day and the sense of humour of whoever the DJ was that night.

So as you can see music is not only the food of love, it's the food of life. Sometimes a bit rich and overwhelming, sometimes basic and just enough. Always emotive and always essential.