Giving, not getting. That's the secret. 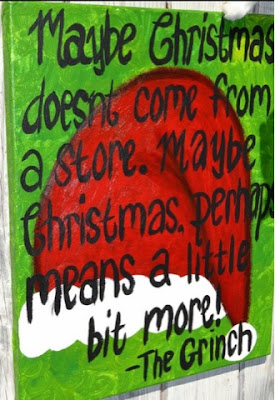 This quote from the Grinch may well be familiar to you - not least if you are a fan of Dr Seuss - but I only heard it for the first time this week. It made me stop and think as this is exactly what I want to express, but I didn't want to sound all priggish and judgey. Having spent far too much money over the years and bought - and received - many gifts I've come to the conclusion that I just don't want to do it any more.

I've decided to scale back on Christmas this year. Partly it's financial reasons - I'm not working (well not paid work anyway) so I don't have money to spend. The other reason is that I have always found it overwhelming how much is expected at Christmas. The food, the gifts, the cards, the driving from place to place to see everyone. I've just realised this year that there is just too much going on for me. I'm keeping things really simple. I have already mooted the idea of an even more basic celebration next year.

There is so much waste and greed that this year I've spent more time and energy on people I don't know. I gave blood a few weeks back as I know stocks run low at Christmas. We have sorted through bags of baby clothes and donated them to a refugee charity local to us that needs them. The boys also helped me to bag up the toys they don't play with any more and we have given some to the same charity and others to the Samaritans. We've given to the food bank and collected hats and gloves as well as warm clothes for homeless charities.

A local cafe collects money to provide meals for homeless people and we have put some money in for that too. I'd rather do that than buy yet more toys or toiletries or mince pies. No really I would. Ok, maybe I'll get some mince pies as Hubbie loves them, but to be honest we don't need to pile up a shopping trolley with food or stock up like armageddon is upon us.

Giving to others is pre-programmed into me. I'm the oldest of 4 kids born into a family where I was expected to do for others as a matter of course. Thinking about others used to take the form of buying gifts for everyone I knew. Now I don't have the money to do that so instead I volunteer, give my time and think about ways to support causes. I still get my children gifts, but they also know that it's not about having piles of presents, but about seeing the people who love them and thinking about children who might not be having such a great time. I'm not going to guilt my kids into doing for other people. I hope that they will choose to do it themselves because of what we do now.

After all, Christmas is only one day of the year. Being caring and kind is something I hope we do every day. 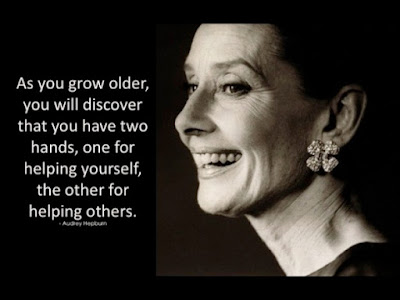