Adventures old and new in Cornwall

While we were in Cornwall over Christmas we decided to go on some of our tried and trusted family days out, but we also went to an event we'd never heard of before and it has become a firm favourite.


I've loved the Eden Project since I first visited in the year it opened and try to go there whenever we are in Cornwall. We hadn't planned to go this time as we had missed out on the very popular Christmas Grotto visit bookings - hardly surprising as Father Christmas at Eden is amazing. We thought we'd go anyway as this year there is a sound and light show after dark and we thought that sounded like something the boys would enjoy. 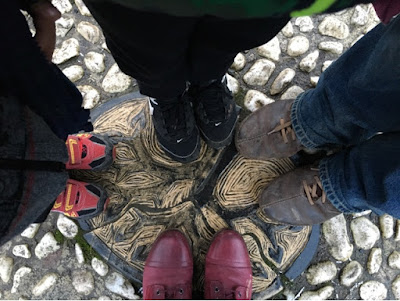 It wasn't the warmest of days, but that doesn't matter when you have the indoor biomes, soft play and great dining. We always eat at Eden as the food is so great and this time was up to the usual standard with the addition of some seasonal treats too. After a hot lunch we took the boys to listen to a story in the Mediterranean biome. It's a lovely spot and the storytellers at Eden are so talented. We always check the times for live events including Pukka tea tasting (Hubbie's favourite) and live storytelling and this time there was also a history of pirates. Most of these are repeated during the day so you get another chance if you missed it. 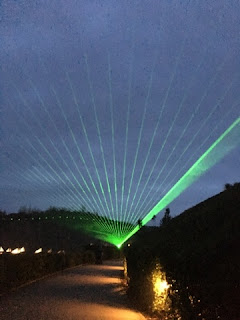 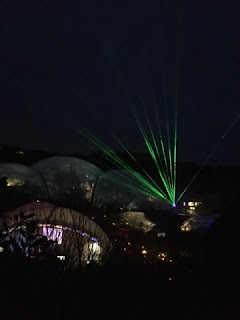 An area that we've not taken the boys to before is the soft play and learning zone. The soft play is for under fives only so Blue Bear got to do this while Brown Bear played with magnets and pumped water. It was a good break actually and meant that when we got back to the outdoor spaces we were all refreshed in preparation for the sound and light show. The boys took the landtrain which is a great option for young children or anyone who doesn't fancy the walk up the long paths or many steps. At the top we had a great view of the lasers although these photos don't really do justice to the show. Even without a visit to see Father Christmas we still had a fantastic day

The new favourite for us was the amazing Rogue Theatre which took place at Tehidy Woods near Portreath. The show we saw was Winter Wood and we were told about it by the lovely Pippa of Story of Mum who suggested it to me when I said we'd be in Cornwall for Christmas. I'm do glad she did as  despite being an hour from where we were staying it was everything we had been promised and everyone thoroughly enjoyed it.

A theatrical experience that takes place in the woods already sounds magical so when you are greeted by a fairy and walk through trees strewn with baubles and decorations you know it's going to be special. At each point we were met by fairies who sang, juggled with fire or invited us to make a wish  on the trees. By the time we go to Old Man Winter the boys were already convinced of the magic of the woods.

A brown paper bag of sweets later and we were ready for the next adventure. By the time we reached the heated marquee for hot chocolate and face painting (all included in the ticket price) we were enchanted by it all. I made a special decoration with Blue Bear and Brown Bear tried hot chocolate and liked it (I think it was the marshmallows personally). We also bumped into lovely Hayley of Down Side Up and Brown Bear made friends with Natty. She told me that Rogue Theatre is very popular with locals and it's hardly surprising as the show is fantastic, featuring outdoor activities and indoor performance with hot chocolate, face painting and a craft activity all for only £8.50 for a whole family. We also donated a ticket to the wildcard scheme where they offer a ticket to a family who otherwise cannot afford to go.

I can see Rogue Theatre becoming a fixture of our visits to Cornwall as they do shows during the summer too. Apparently Old Man Winter becomes Old Man Summer, but I'm sure there's more to it than that. The greatest compliment I can give it is that even Hubbie enjoyed the day and it's not often that he is captivated by magic. 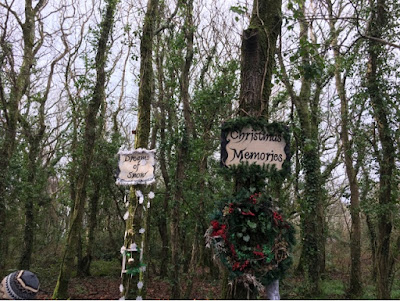 Disclosure: The lovely folks at the Eden Project gave us complimentary entry for our visit.