And the winner of Mum of the Year is...

Spoiler alert, it's not me. You know those buzzfeed quizzes - the modern equivalent of the Cosmo quiz that offered only A, B or C and only a partial fit for each answer ? Well, I've been considering my own version of one of those called, 'which celebrity mum are you ?" After all if we don't have a celebrity to emulate what are we even doing this for ? All those glossy images of postnatal perfection and aspirational motherhood are there to pin on the fridge aren't they ?

The Angel of them all.

Angelina has it all, adopted children and birth children in her family, perfect lips on her face and Brad Pitt is her Mr. On any given day I can't imagine that Ange yells at her kids to put on their socks or has to negotiate a peace accord between Zahara and Pax because one of them looked at the other one's sandwich. Is it likely that Knox and Vivienne wait until she's about to go into the shower to have an almighty argument resulting in toothpaste on the bathroom floor and a running battle on the landing ? I think not. 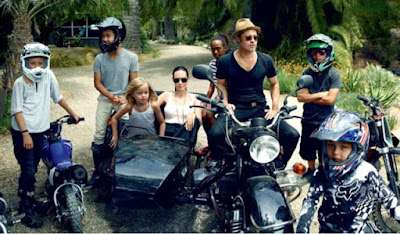 There is no privacy for the Beckham kids, I mean we even know where they were conceived (you know that's why he's called Brooklyn right ?) Vic has always been devoted to her family and now that she's a fashion designer David is a SAHD so I bet she doesn't throw on the first thing that's on the bed to take the kids to school. I am willing to bet real money that she's never gone pant-less and unwashed to the school gate. Of course if David did that wouldn't even be an issue, but that's for another day. 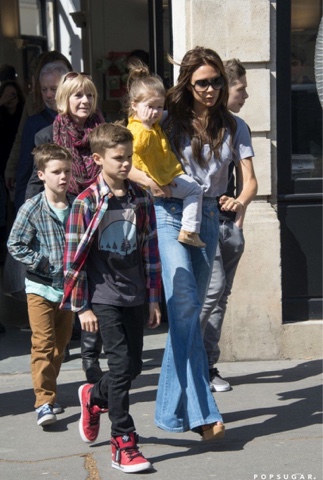 So we know that Gwyneth is all yogic and healthy and stuff, but I bet even she occasionally just has enough of "No, I'm not eating that !" when she's slaved over a macrobiotic feast for Apple and Moses.  When she declares, "well, that's what there is." and is greeted with "nope, still not eating it." Does she resort to (organic, faritrade) beans on (gluten free unbleached) toast though I wonder ? 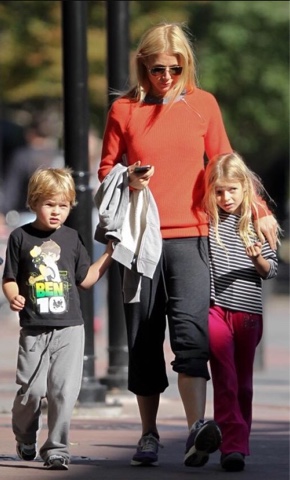 For all her madness Cersei Lannister is devoted to her kids. To a fault. Ok, she is also power crazed and morally repugnant, but who can honestly say they don't make some questionable judgements at times ? Especially when it comes to our children. Cersei is ambitious for her kids - and herself - because she knows that as the mother she has influence. She's the mother at my son's school who terrifies me, but whose kids will achieve because if they don't she will put them outside on a ledge until they step up. 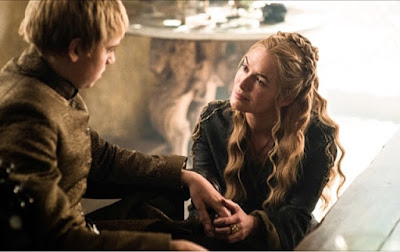 Have you had your tea ?

In reality I'm closest to Denise Royle /Best. When I was on maternity leave I would lounge around on the sofa whining that, 'the baby wants a wagon wheel.' Ok, I've never served dairylea on toast for dinner, but the boys do like spaghetti hoops and this evening used frites to scoop them up. Yeah, we do fusion in this house !


I know that the Mum of the Year probably doesn't wipe under boob sweat off with a sports sock she's just taken off (ahem, I've heard that apparently people do this). My only qualification really is that at some point I got lucky enough to be Mum to these boys. I'm not an international jetsetter like Ange or glam like Vic and when I do cook it isn't frou-frou like Gwyneth's. Yes, I'll admit to more than a hint of Game of Thrones influence in my parenting, but I'm more the mother of dragons. When I talk to my Mum she does ask if we've eaten, so maybe she is Barbara to my Denise. In fact I'd nominate my Mum for the award any day of the week.