Sticking it to cancer

In the last 24 hours two women I know have lost their lives to cancer. Yesterday evening I received a message that my brother-in-law's mother had passed away surrounded by her sons. She had been a carer for her husband for 30 years and enjoyed only 6 years with her grandchildren and a partner who had also lost his wife to long term illness. Following a diagnosis last summer she received a very short and rapid course of chemotherapy, but it was unable to save her life. Christmas was spent checking with my sister how she was doing as we all knew it was only a matter of weeks before her mother-in-law would no longer be with us. At least her sons were with her at the end.

Then this morning I had the message I had been dreading since I heard last week that my darling friend had only days to live. I had just finished teaching yoga and was making a cup of tea. The phone beeped and I stared at the message for a few minutes. Then I broke down in tears. Big ugly, wracking sobs and felt my legs give way under me and I sat on the floor crying. I had only spoken to her a few weeks ago. We saw each other and laughed and joked that when she was done being unwell we'd go back to making radio shows together and making plans to rule the world. So what happens now ?

It's not supposed to be like this. She's supposed to be at the end of the phone to help me prepare for the job interview she kept telling me she knew I was going to get. Who am I going to talk to about the letter I got telling I have to go for a mammogram ? She was an old hand at them and would have talked sense into me about how it's nothing to worry about and honestly it's just annoying more than painful. Don't even get me started on menopause. We were supposed to go through that together. Comparing notes and sharing mini-dramas and hysteria. Now she's not here any more. 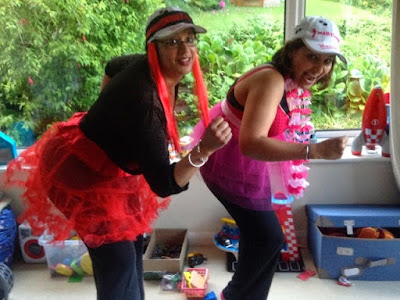 So, I have to go into this interview with all the confidence that she had in me. Knowing that she had belief in me and when I thought I couldn't do it she told me of course I could. As for the boob thing, well I'll be honest I'm not looking forward to that at all. Maybe I can ask a friend to go with me. Is that being pathetic ?

I'm also taking on cancer head on. Literally. I'm going to shave my hair off for Macmillan Cancer who supported some people I love when they were at the end of their journey with cancer. Macmillan nurses are incredible and I want to show my appreciation for them. I'm growing my hair between now and my birthday then I'm going to get it cut off and donate it to a charity that makes wigs for children. With my new aerodynamic style I'm going to run the Royal Parks half marathon - at lightening speed of course.

So that's my plan. Ok, it's not a cure for cancer, but it's my response to the senselessness of it all right now. 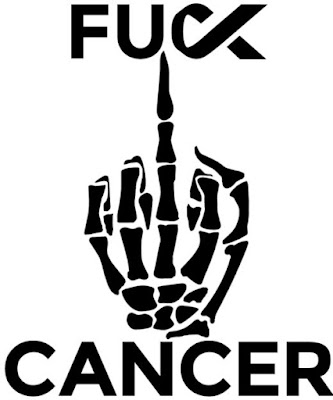 If you want to stick to cancer and help ensure no one has to cope with cancer alone please sponsor me here: https://bravetheshave.macmillan.org.uk/shavers/swazi-rodgers