It ain't what you do, it's the way that you do it

Last night I went to see a band from my childhood. As I surveyed the room full of middle aged women and men - and a fair few gay men - I checked out the fashions in the room. You see before I left the house it took ages to decide what to wear. I wanted to 'dress up,' but it was really cold and I didn't want to freeze. What I'd forgotten of course was how hot and sweaty it gets in a venue during a gig. The long sleeved striped top and carpenter jeans I'd chosen caused me to feel fair overheated, but that might have been down to the dancing. Hubbie had expressed a wish for me to dress like this:

Well, he is a man after all ! So I laughed and went upstairs to change into something far more suitable for a woman of my stature and age. As I watched the big screen behind the bananas showing their old music videos it reminded me that pretty much all my fashion choices in my teens were informed by Siobhan Fahey - and later Madonna. Okay so it didn't look the same on chubby asian me as it did on tall and slim pop starlets, but they had a look that was accessible and - by their own admission - thrown together. These girls weren't styled by anyone - well not until the Stock, Aitken & Waterman days anyway. Before that anyone could dress like a pop star.

I mean this look was one of my staples - checked shirt, braces and pleated trousers. Yep did that. 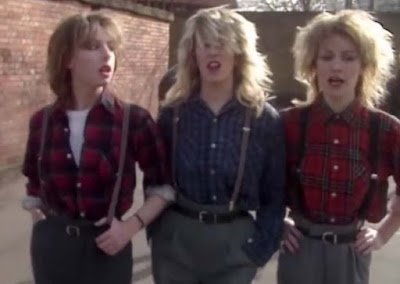 Then there were the dungarees. I have revisited this look in recent years, but back in the day I did in fact own a white pair and can honestly admit I must have looked more like a pint sized painter / decorator than a member of a pop band. 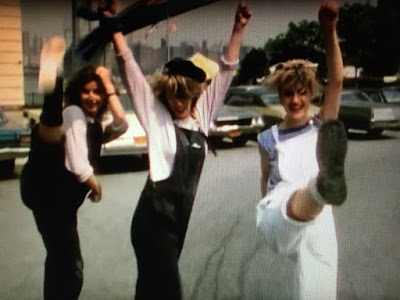 If you grew up in the eighties you will remember the big hair. Oh yes it was big. I had very long hair back then, but I still tried to make it big and would braid it overnight to make it all crimped and wavy, then tie it up with scarves or rags. It didn't quite resemble this fab look, but I did try. 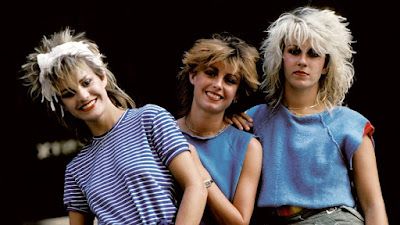 Then there were the hats. I love a hat me and in the eighties we had the fantastic Mel and Kim big hat look and of course I had one. It didn't look quite as cool as this, but I like to think I was rocking it in my own way. 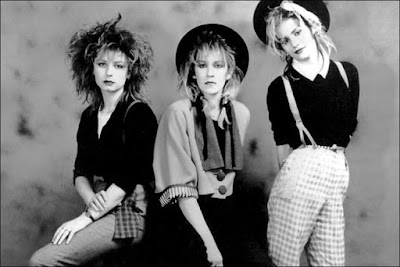 So by the time I was at uni my clothing choices were getting more indie and less pop like, but I could still look to my girls for the cool edgy look I was going for. Look at the fingerless gloves, the red lipstick and the big coat - that's hardcore indie as far as I'm concerned. 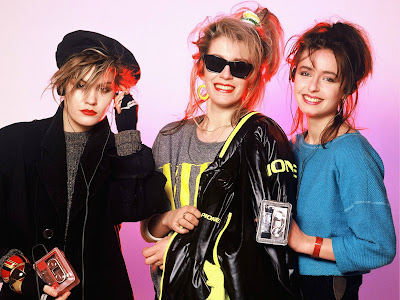 When I turned to my gig buddy and told her that I dressed like Bananarama for most of my teenage years she patted me on the shoulder and said, "never mind." Actually I loved being reminded of my scruffy, experimental, cheap and cheerful teenage looks. It was a bit of nostalgia and reminded me how much effort I put into my appearance. Just as the band have grown up and their look is far more sleek now, I like to think I have developed and grown into my middle aged style.

Mind you in my heart I still want to dress like this.