The road less travelled: for those of us who really had to work at becoming a Mum.

Mothers Day is one of the biggest days of the year for florists and restaurants do pretty well out of it too. We've always made a big deal about it for my Mother and Hubbie's Mum too. Then after we had our son it took a while for me to realise that it was my day now too. I recall how hard it was before then when we were trying for so long and being reminded of what we didn't have was just so painful. A card from the cat is lovely, but the feeling that you will always be congratulating everyone else on their pregnancy and never celebrating your own can become very wearing. 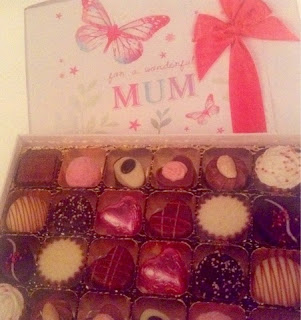 When people know you're trying to conceive it is amazing what they say to be helpful. I was told to try hypnotherapy, acupuncture, reflexology and my personal favourite Shamanic healing. We did actually try yoga, hypnotherapy and reflexology and when I did finally fall pregnant with our son I called him the baby that yoga built.

In trying again I did the same things I had before. Stopped eating rubbish food, cut back on alcohol increased my fitness and made time to look after myself better. The hardest part was trying not to be upset at everyone else becoming pregnant easily while we struggled month after month. A friend suggested trying an ovulation monitoring kit and I was already using an app to track ovulation. When it still didn't happen I figured we were probably just unlucky. Then the lovely folks at Ovusense asked if we'd try their new fertility monitor. It's completely different from the kit I'd used before and is new to the UK. Here is what OvuSense say about the system.

"OvuSense is a new, highly accurate fertility monitor.  OvuSense consists of a personal sensor and a data reader. The sensor is placed in the vagina (similar to a tampon) overnight – the only place where accurate readings of core body temperature can be made.  OvuSense uses patented technology to measure core body temperature every 5 minutes, inside the vagina, while you sleep, providing you a complete picture of your personal cycle. OvuSense predicts ovulation in real time in each cycle, and detects the exact day of ovulation with 99% accuracy.  In just two weeks, OvuSense can tell you when you are going to ovulate, and then calculate the exact day for you with 99% accuracy. Only OvuSense can calculate this much personal information about your cycle with this much accuracy." 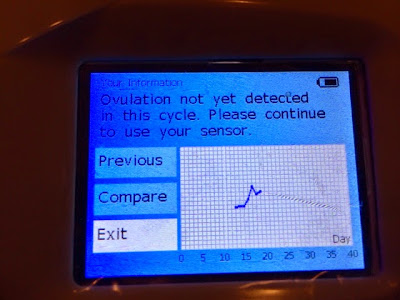 It does take some getting used to and the first couple of months the system is getting baseline readings on which to base future predictions. You do get a reading daily and it does say when your fertile window is coming up which is similar to the existing systems I've used before. Where this differs is that you will then get a much more accurate reading telling you when you actually did ovulate and all the information is recorded so that you can compare one month with another. 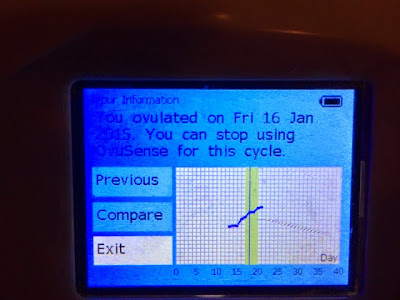 I found out that I ovulate later than I thought I did and that is really helpful to know. It is also really good for women who have PCOS or unpredictable cycles so they have no way of working out when they are ovulating. If you have an accurate window for ovulation you have a better chance of succeeding in becoming pregnant. The great thing about Ovusense is there is an online support community on Facebook that is a great place to ask questions and to find out more.

The hardest part of trying to conceive for me was the feeling of being alone and not being able to talk to anyone about it. When those around you can just decide to have another baby and it happens for them and you're trying month after month without success it's pretty disheartening. Ovusense answer questions and offer online support as well as sharing success stories from women who have used the system. For a woman who has no idea why she's not conceiving it's a good way to feel a bit more in control of at least part of the process.

I would definitely recommend using the Ovusense fertility monitor as it's really been an eye opener for me. It is not the cheapest fertility monitoring kit, but it's a lot more scientific than anything I've tried before and the data it collects is far more accurate. The online support is a great resource and for anyone trying to conceive it makes what can be a lonely and long road feel less so.

Disclosure: We were sent the Ovusense fertility monitor to review and to give honest opinions.
You can find out more about the product here: www.ovusense.com