Things that only sound cute when a toddler says them 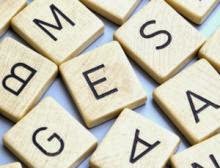 Kids often have their own language and in my family we still have 'baby words' for lots of things that were mispronounced when we were little. Some that are still in general usage are:

Plum - what my brother called his thumb

Venchtables - another one from my brother, he hated vegetables so much he couldn't even say the word

Chinka - what my sister called chicken, my parents still do !

Kunkarella - the doofer you use to light the gas stove, Hubbie calls it that now too :)

From the moment my boy first babbled I couldn't wait to hear his voice and his first words. In the beginning he also had some special ways of saying things:

Gardee - for garden. He corrects my parents when they still call it that.

Piya Piya - this one puzzled us all for months and we narrowed it down to being something to do with the CBeebies show Abney and Teal, but we got no further than that.

Since my boy learned to speak I've been charmed by his cute pronunciation. Here are some of my favourites:

Powwidge - what we have for breakfast

It's woowinned - when something is spoiled

My parents speak Punjabi so he is also partly bilingual and this additional language is helping Hubbie to learn Punjabi too. Some of his 'special' words include:

I love listening to my boy - he's hilarious. When he finally masters how to get to the punchline of a knock knock joke without corpsing I think he's got the making of a great stand up career :)